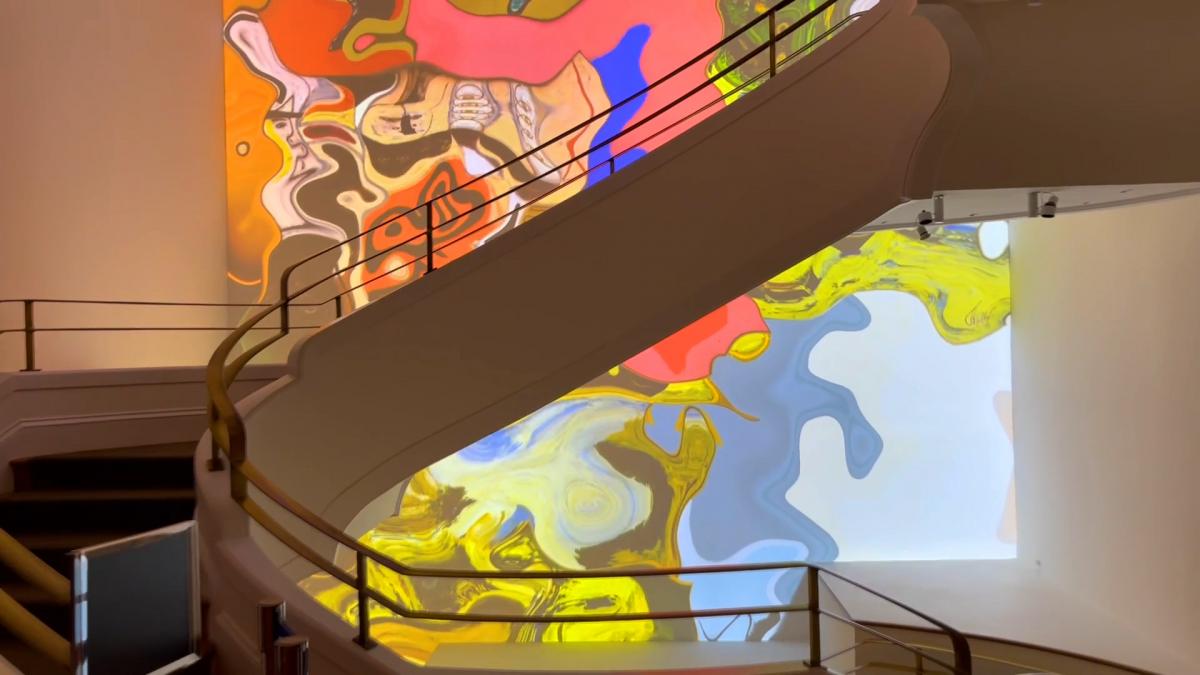 The Phillips Collection presents a Digital Intersections project by Daniel Canogar in celebration of the museum’s 100th anniversary. Amalgama Phillips will premiere on the Phillips’s YouTube channel on September 8, followed by a site-specific multichannel projection.

The Cultural Office of the Embassy of Spain joins the Phillips’s centennial celebration by presenting Canogar’s Amalgama El Prado, originally screened on the facade of the Museo Nacional del Prado to mark the museum’s 200th anniversary in 2019, and now presented for the first time in the United States at the Former Residence of the Ambassadors of Spain in Washington, D.C.

Amalgama Phillips uses images of artworks from the museum’s permanent collection to create a generative digital artwork that liquefies all the works in a seamless blend of melted imagery. Whether experienced in-person or online, the images of the artworks melt into a rich abstract animation. The piece is constantly evolving, producing new visual configurations driven by an algorithm. The word, “amalgama”, or “amalgam” in English, refers to the process of blending or melting of visuals. Conceptually, Amalgama Phillips explores how digital media is transforming our experience and understanding of art and the history of art. The swirling visual effects that have transformed the original artworks parallel our ever-changing reality as well as the ceaseless flow of information on social media that equally transform how artworks are consumed.

Intersections is a series of contemporary art projects that explores –as the title suggests– the intriguing intersections between old and new traditions, modern and contemporary art practices, and museum spaces and artistic interventions. Whether engaging with the permanent collection or diverse spaces in the museum, the projects suggest new relationships with their own surprises. Many of the projects also riff on the nontraditional nature of the museum’s galleries, sometimes activating spaces that are not typical exhibition areas with art produced specifically for those locations.