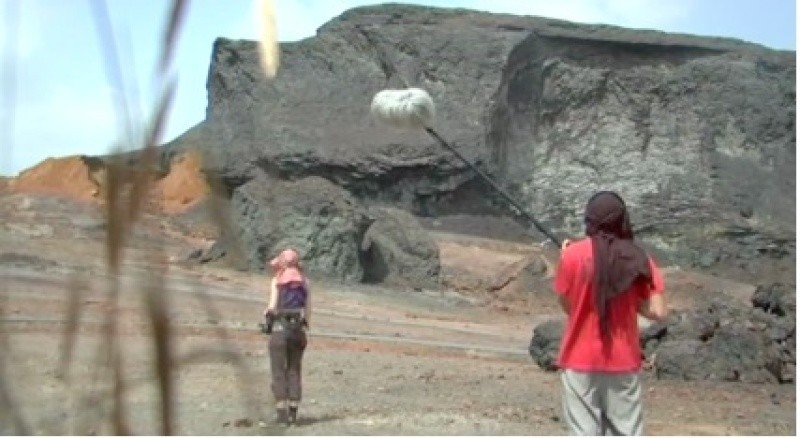 The exhibition route establishes differentiated relationships between the works, from different periods, starting with the first short films that here find another dimension of more direct and intimate coexistence with the audience, going through a project of multichannel projection, therefore, specific to the gallery space, culminating in the most recent works, in which the intersection with music is dominant, as pieces made for songs. Isaki Lacuesta often works in partnership with Isa Campo and together with several artists from different areas, who lend to their works a purposefully ambiguous character, assuming the metamorphosis of the creative process as a process in itself, inviting, for example, an experimental film director like Adriana Vila Guevara to the shooting team, but also the singer Silvia Pérez Cruz, the dancer and choreographer Rocío Molina or the actress Alba Flores. Highlight, also for this reason, for the new pieces, recently completed and whose shooting was performed during the preparation for assembly of the exhibition, culminating its route.
In addition, Curtas Vila do Conde shows four of his feature films, whose career and awards attest their quality, dialoguing with the set of works on display. The program is completed with a guided tour and a debate. All activities will take place either at Solar or at the Municipal Theater, complying with the rules issued by the DGS. Mário Micaelo