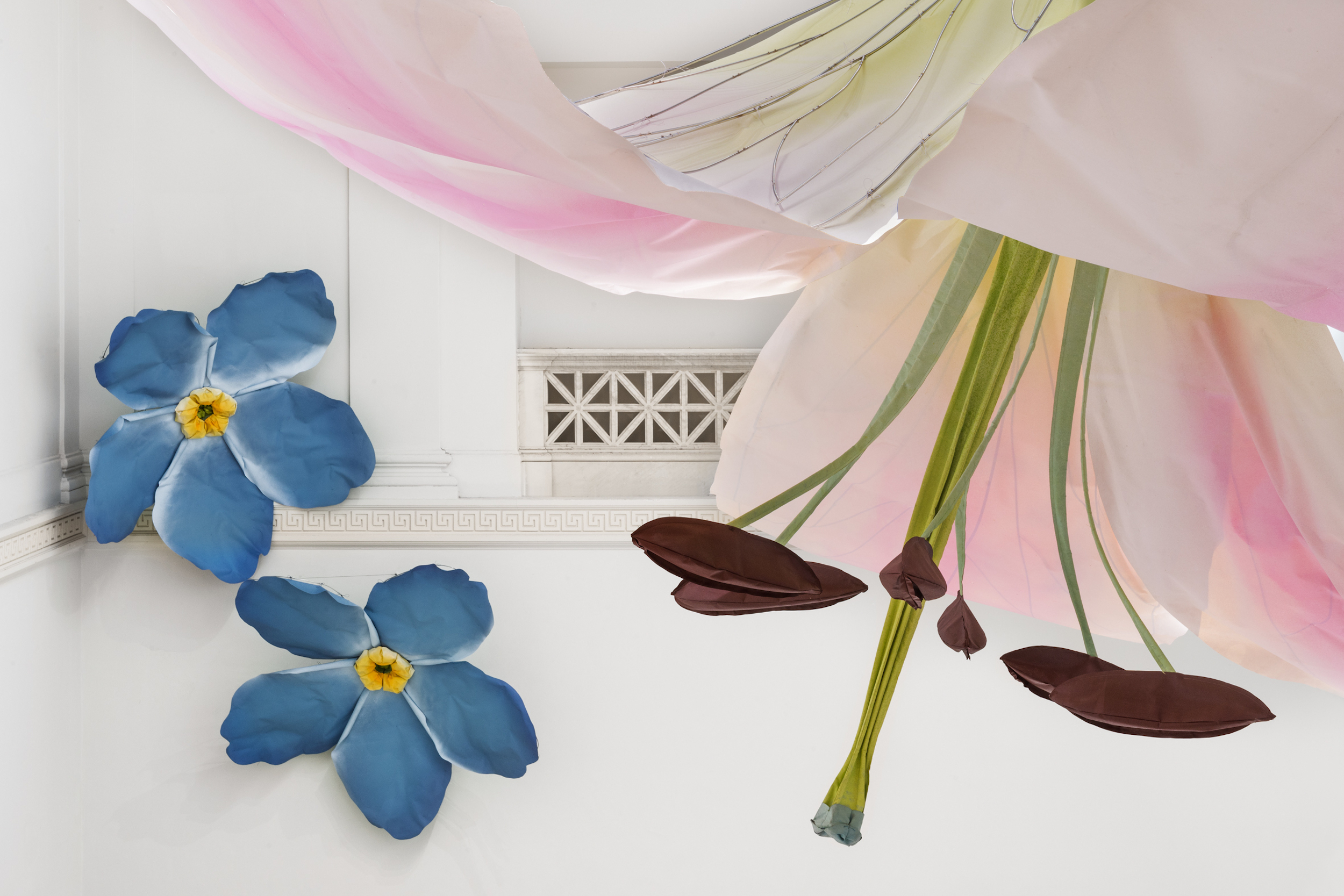 Petrit Halilaj and Alvaro Urbano’s individual research, both combining an interest for the encounter of nature and architecture, has merged on numerous occasions in recent years, creating works that renegotiate the relation between built and natural environments.

On one of the staircases of Palazzo delle Esposizioni, the artists suspend giant flowers to symbolize moments and places connected to their love. They form the ideal bouquet conceived for their wedding, which should have taken place in Spain this year but was postponed because of the circumstances. By narrating a private story, the flowers become a metaphor for equality, freedom and respect for every form of identity: from the individual one – being Halilaj naturalzed Italian but originally from Kosovo, a country that does not recognize gay marriage – to the political identity – being Urbano from Spain, a country that does not recognize Kosovo’s indipendence. The flowers, exhibited at the same time at the Reina Sofia Museum in Madrid and in Berlin, appear as symbols of beauty and fragility and a healing gesture towards Italy.