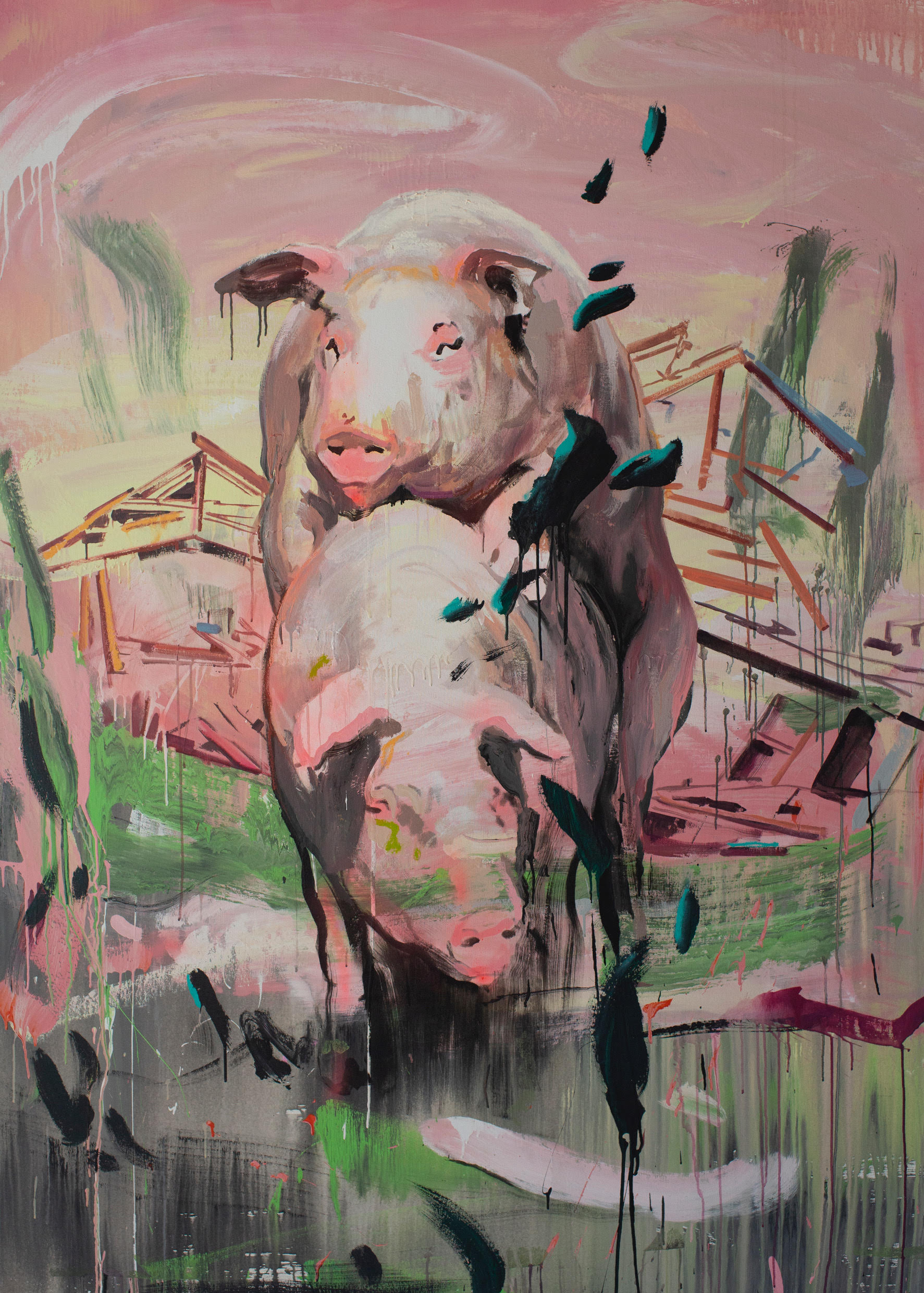 ​Translated into English as A Happy Ending, Palacios is hoping to largely dispense with the phrase’s somewhat taboo East-meets-West connotation, while holding onto the alliterative music and poetry, as it flows in Español. This doesn’t mean Palacios is completely earnest of course. The pig, largely absent from celebrated modern and contemporary painting, save for the works of artists largely on the outside of the institutional cannon’s jurisdiction, stands in deliberate contrast with what an aesthete might correlate with all the tells of “fine or high art.”