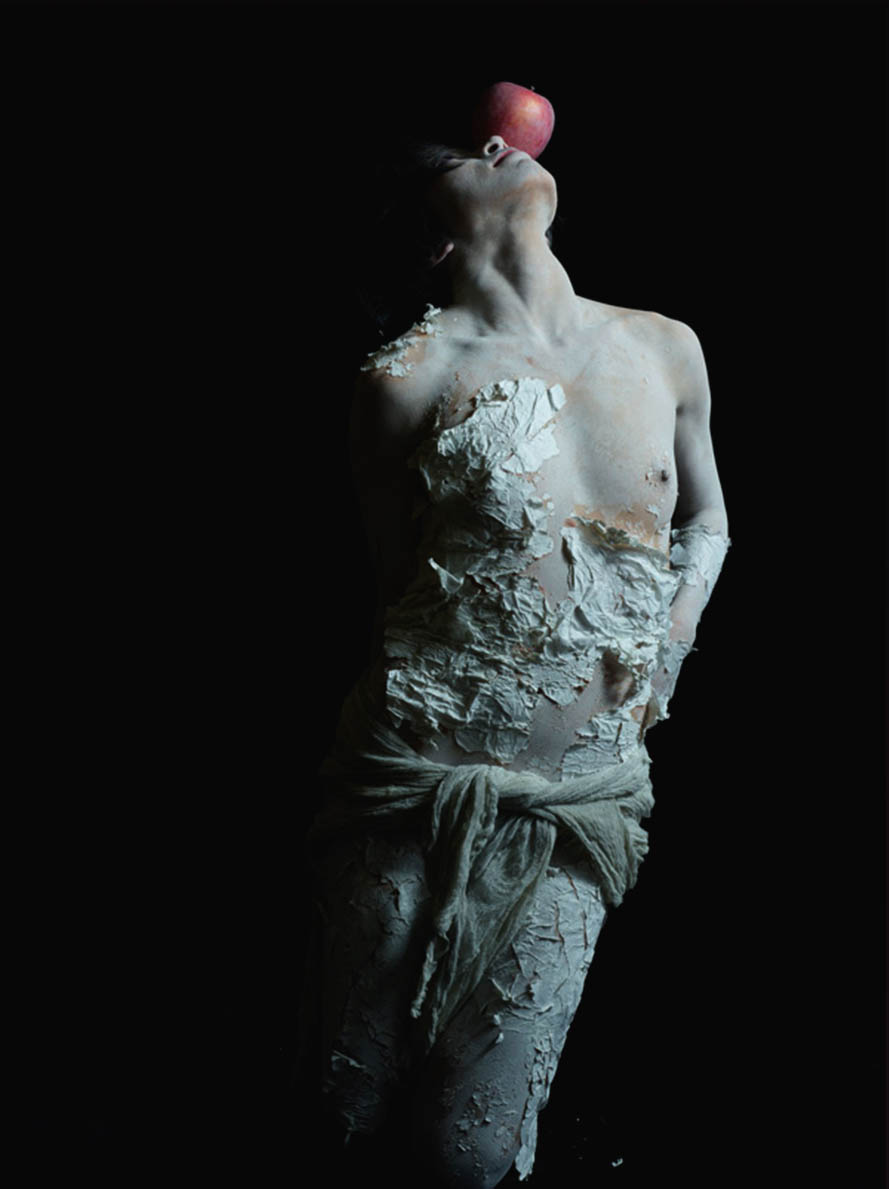 Coup de coeur, already allows us to glimpse: a hunch, a heartbeat. The selection has been made under the inspiration of a game, the “cadavre exquis”, which did already serve the surrealist movement to create chained sequences of works and which today has allowed us to establish, in a dialogue between both, a selection of images that, for one reason or another, have represented something important in the career of the Catalan photographer.

The exhibition is organized in two different corpus of work, not only through chronology – one collects retrospective images, the other offers in scoop unpublished images from Isabel most recent series – but the space itself appears divided by an impressive image that shows the god Neptune, in natural size and in its stony splendor, in the fountain of Piazza Navona in Rome. This image was done by Isabel in 1995, and already presided over that first exhibition, “Piedra”, in the gallery.

The tour begins with a barely known photograph from the series «Lewis Carroll», taken in 1982 when Isabel was just beginning in this old profession of light and shadow. The exhibited copy is a fetish for Isabel herself, since it is the first platinum that she managed to print in large format. To do this, she had to count on the collaboration of a neighboring photomechanical factory who allowed her, after emulsifying the paper in her studio, to take it rushing to the factory at night, expose it, and return to her laboratory to reveal it.

We will also be able to admire other icons of the Catalan photographer’s universe, such as the platinum from the Fragmentos series that starred in her first poster and her first report in El País, by Alfonso Armada. Her international launch was possible thanks to the article published in Le Monde by Patrick Roger and Joel Brad, during Le Mois de la Photographie de Paris, in 1990. From the same series, Tango, is shown the photo that Richard Avedon incorporated into his collection at the behest of the French critic Christian Caujolle, who took the first large Muñoz platinums rolled in a tube to publicize his work in France and the United States. Paraphrasing the artist: “… over time I have discovered that those early works unknowingly took me by the hand towards what would later become the leitmotif of my career: love and ecstasy”.

In the second part of the exhibition we will discover unpublished works from her most recent work, interrupted by the appearance of the pandemic while she was carrying it out in Japan. The Yakuza series surprises us with the tattooed bodies of this inaccessible gangster gang, to which Isabel gained access through her tattoo artist. We will also see images of women subjected to Shibari, a torture technique invented in the 15th and 16th centuries by samurai that has become, nowadays, a sexual practice carried out by authentic masters of the art of bondage. Some of these works are made using a printing technique on glass and 24k gold with which the photographer is currently experimenting. There will also be a piece of video about a character, Ohno, well-loved in his country, Japan.

Coup de coeur culminates with the shots under the ice that Isabel has made in Japan to denounce the melting of the poles and the masses of glaciers that is dramatically advancing due to climate warming.

The visual experience of this exhibition is complemented by QR codes that allow the viewers to listen, while they look at  each work, the dialogue between artist and gallerist that has led to their choice.