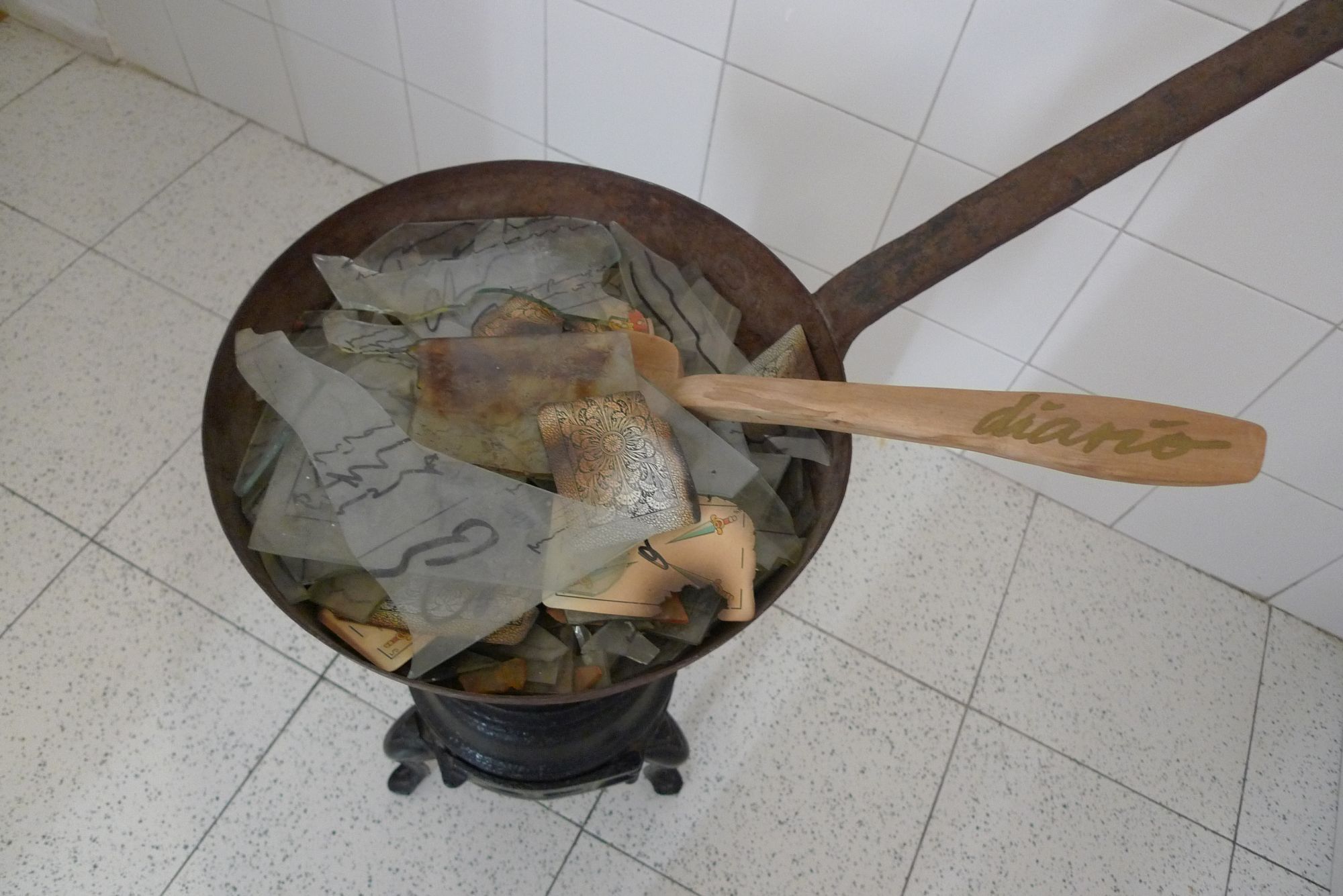 Concha Jerez (Las Palmas de Gran Canaria, 1941) studied Music and Political Science before fully undertaking her artistic practice under the label of conceptual art in the early 1970s, a period in which she would produce drawings and collages, often basing her work on newspaper articles, particularly those related to repressed freedom and censorship — both political and artistic — themes which remain of interest to her today. In 1976, she created her first large-scale installation, La autocensura (Self-Censorship), still on paper, reconverting censored writing into illegible graphic symbols. From that point on, the predominant medium of her work has been multimedia installations as she factors in new technological possibilities — video, audio, photography, network pieces, performance — often including two elements which hail from her early career: newspaper articles as the starting point for critical works and self-censored writing, for instance illegible handwriting; she incorporates these strands into current affairs, most notably feminism, immigration and its neglect, and abuse in the media and official policies. Since the late eighties, she has also made numerous sound pieces, primarily for radio, and, in parallel with her solo career, has worked in collaboration with musician José Iges.

The exhibition pivots on the concept of Memory, presenting works by Concha Jerez in a period spanning from the 1970s to the present, recovering and surveying her work from a perspective in which her personal memory and collective memory intersperse — anonymous memory and memory reflected in the media. The Civil War and its subsequent repression, censorship in the Transition to democracy in Spain, the vindication of forgotten, anonymous figures — women, migrants — and the relationship between memory and its repression are some of the issues explored around four installations that occupy, among other museum spaces, the four stairways of the old Hospital, now converted into the Museo, and engage in dialogue with the space and its history.

The concurrent use of these four unique spaces in an exhibition is a first, and for the artist they define not only the Sabatini Building, but also the passage of different times of memory witnessed in the old welfare Hospital which is today’s Museo. The artist takes the four stairways as a support, creating four site-specific interventions as spaces of Memory: forgotten Memory, self-censored Memory, written and oral Memory and silenced Memory.

Concha Jerez has worked as a lecturer in the University of Salamanca’s Fine Arts Department, and an exhibition curator, including the historic show Fuera de formato (Out of Format, Centro Conde Duque, Madrid 1983, with Teresa Camps and Nacho Criado). She is a pioneer in disseminating Spanish conceptual art. Her work has been awarded numerous prizes, among them the MAV Prize (2012), the National Award for Plastic Arts (2015) and the Velázquez Prize (2017).