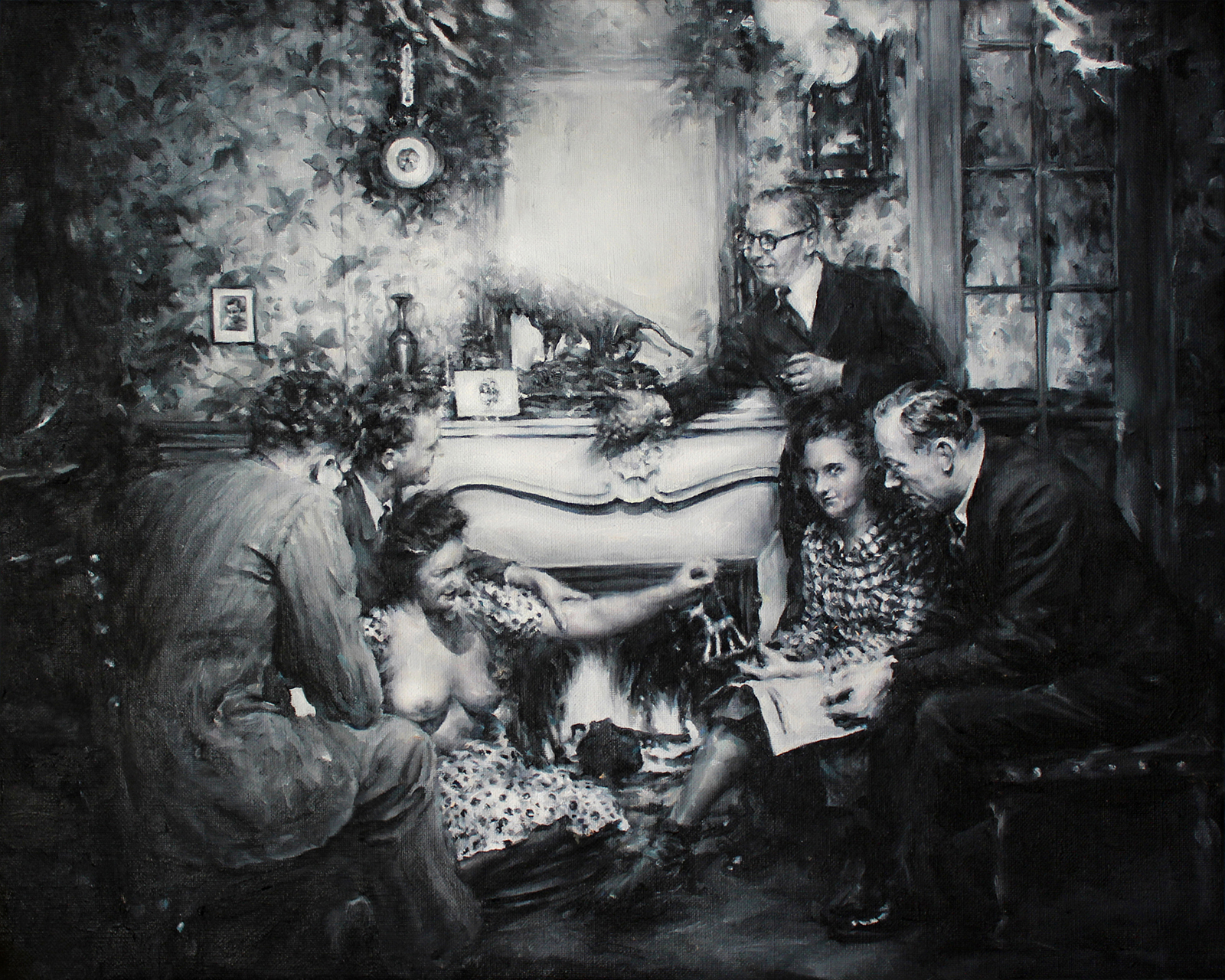 Martínez Barreto, the gallery’s most recent addition to the roster, presents us with a stunning collection of paintings, drawings, photography, sculpture and a diptych formed of erased antique letters. This diptych, titled ‘A letter to the son and a letter to the daughter’, is a critical work in the exhibition. The letters, originally written in 1943 by a mother to her son, represent a mode of communication that is rarely employed today, and which is both intimate and enduring. However, Martínez Barreto apparently disrupts both their permanence and the original intention by personally erasing sections of text. In doing so, she creates new meaning and arguably reveals a hitherto undisclosed subtext, whilst adopting another’s reinterpreted words as her own.

Martínez Barreto’s work in other media might be considered similarly. Her strategy is to appropriate collected imagery and objects and to reinterpret by recontextualizing them. Martínez Barreto’s monochromatic paintings are derived from a combination of found anonymous imagery that is then rendered entirely personalised. Her paintings continually epitomise the uncanny and carry hidden meanings that might be interpreted variously, dependant on the story of the viewer as well as the story of the artist.

The sculptural work ‘Bird’ is a deeply autobiographical piece. Martínez Barreto has often adopted birds as motifs to signify innocence and fragility. In this example, an outsized sparrow carved from linden wood lies recumbent, subtly humanized in its form and directly in its painted eyes, which recalls the ancient tradition of Egyptian statue making. Also referencing the Catholic sculptural tradition of Spain and the pietà, Martínez Barreto’s bird is not about life or death but rather the feeling of being alive and dead at the same time. It represents vulnerability but also resilience.

The exhibition is completed by two drawings and a series of photographs. Both sets of work embrace the familiar, which is subverted by fragmentation. Misplaced or missing drawn elements; or small vintage photographs inserted into apertures within larger appropriated photographic images unsettle and disorientate. In ‘The Tunnel’ a woman lies on a bed smiling. A photograph of a tunnel is substituted for part of her face and the tunnel renders her eye socket skull-like. The subject becomes deathly and the tunnel suggests a journey toward the interior self.

In totality Martínez Barreto’s work is redolent with implied narrative and disguised autobiography. Indeed, the exhibition as a whole and each individual piece within can be considered a letter that Martínez Barreto did not write