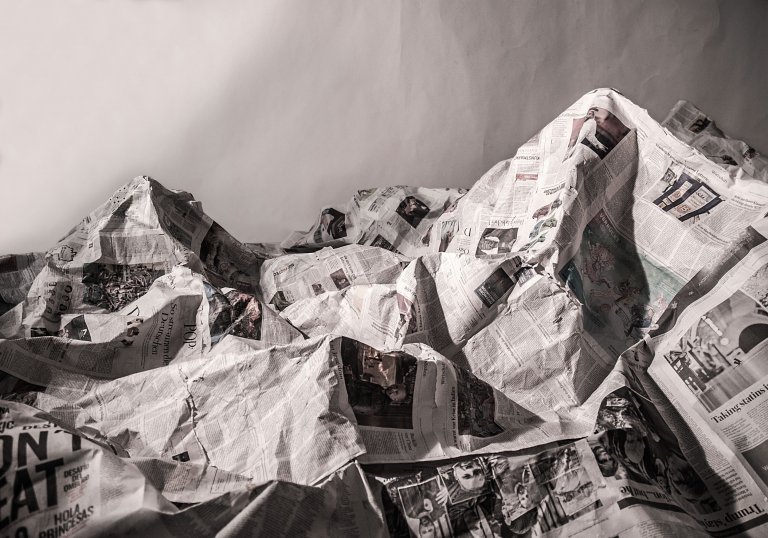 Mateo Maté (* 1964, lives in Madrid) is considered one of the most famous Spanish artists of his generation. In his installations and video works everyday objects and routines are linked to socially relevant issues, mixing up the private and the public, the political and the existential, the individual and the collective. Interested in the symbolic value of the landscape as a cartographic metaphor, the artist brings ordinary things together in such a way that the mundane appears both mysterious and threatening.

In Landscape Europe 2020, for example, a toy model train continuously and almost defiantly travels through a landscape made up of European daily newspapers. A camera on the locomotive records the journey, while a projection on the neighboring wall reproduces the image in real time: headlines appear briefly yet not really comprehensively. The world’s news roll by and blur into a nightmarish, strangely placeless and unchanging landscape, linking memories of childhood toys with the experience of a camera-observed present day and a world threatened by fake news or fragile unions of nations.