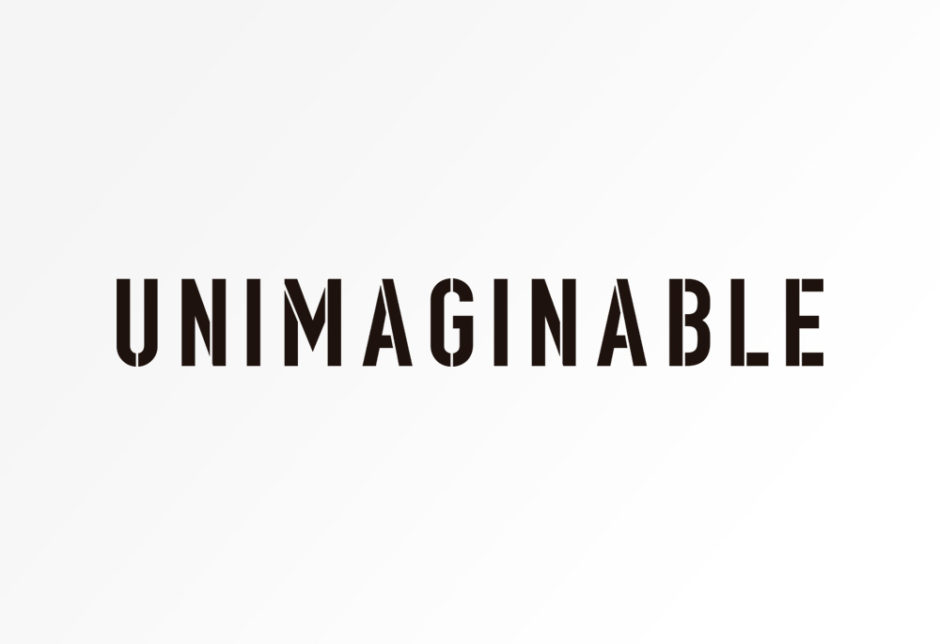 “Words are all we have”.Samuel Beckett

Without image is basically composed of two elements, distinctive but at the same time completely related. On the one hand, an architectural intervention that alters the perception of the exhibition space and movement through it, while remaining completely integrated within it. On the other, positioned at eye level on the walls and punctuating the itinerary, words that are revealed before the gaze of the observer, and that explain why a piece is not presented instead.

The new walls are not positioned perpendicular to the walls that delimit the room, but display a tangential displacement towards pairs of columns distributed throughout the space, which thus undergoes a new architectural configuration. Each wall can be understood as a plane, a space prepared to host an image, a work, and the artist exchanges this visualisation for a word whose meaning problematises the relationship between the visible and the imaginary. Words instead of an image that are offered as an alternative to an absence, to the lack of something to observe. Words replace supposedly absent works, but they themselves are not new works. Their significance in the installation is that of warning and explanation, like an expanded exhibition text.

The use of words—as text and as image—is frequent throughout Ignasi Aballí’s career. The relationship that words and their meaning establish with the medium has been widely explored in different works. A series of canvases painted with one colour on which the colour’s description is superimposed, or a painting on which the different denominations of a colour are written both serve as examples. In other cases, lists of words, usually cut out of newspapers, arranged in a certain order (alphabetical, numerical, repetitive) or classified according to different criteria, are also very present in his way of understanding or deciphering the world around him, questioning the linguistic structure of knowledge. As Foucault states in The Order of Things, “The function proper to knowledge is not seeing or demonstrating; it is interpreting.”

In the conceptual site-specific project he presents in the Blueproject Foundation, Ignasi Aballí follows this line of text-based works, but here he shifts towards a spatial dimension and, together, they cause a collapse between word and image, between the defined and the inexpressible. To enter the installation space is to traverse the meanderings of memory, searching for the trail of diffuse or non-existent images, in what could be considered a scenography of absence.