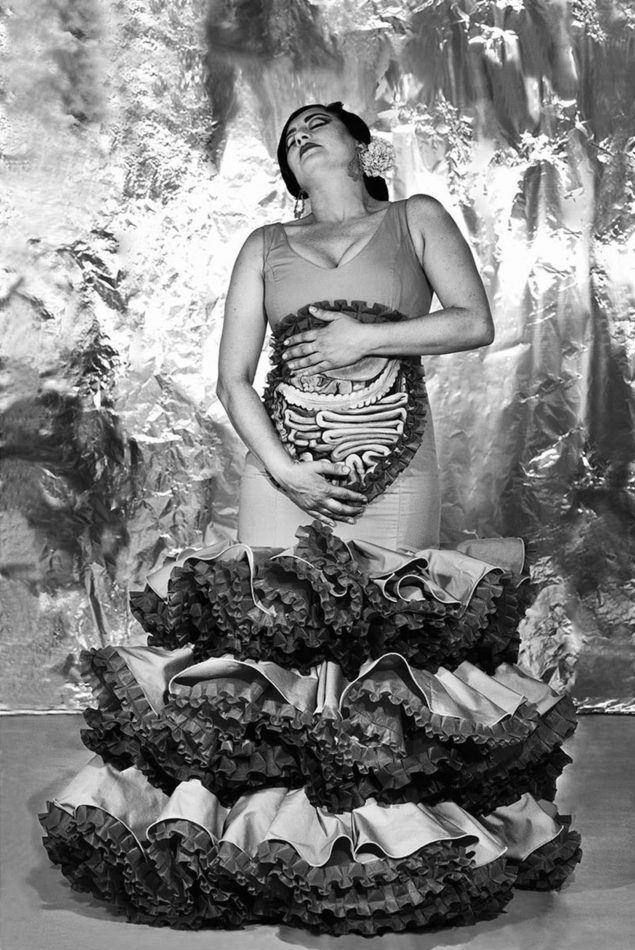 The exhibition of Les Abattoirs in Toulouse Picasso and the exile. returned to the painful period of the Spanish War, the establishment of the dictatorship and the massive exodus it brought (la Retirada). The exhibition in the Majorat focuses on artistic, musical and cinematographic phenomena that occurred after 1975, the year General Franco died, marking the beginning of the democratic transition.

Even if changes had been initiated in the cultural world before that date, 1975 is an important historical milestone. It was during this period that the effervescent “Movida”, a movement of freedom and transgression, appeared in Madrid. Pedro Almodóvar’s first films and musical hits of the time are part of the pop, punk and rock n’ roll aesthetic. In a relaxed and provocative state of mind, La Movida creates a new way of life that breaks with the moral order of Franco’s Spain.

Thanks to an exceptional loan from the Centre d’art 2 de Mayo de Madrid, the exhibition presents the great Movida photographers: Alberto García-Alix, Ouka Leele and Miguel Trillo, who portray a generation and a country in transformation. We perceive both the exaltation of a newfound freedom and the disillusionment already perceptible in the crisis-stricken Europe of the 1980s. As for the painters Miquel Barceló, Antoni Clavé and El Hortelano, they mobilize different modes of expression to express an individuality, or to cross a reflection between aesthetics and politics. In Madrid or in other centres such as Barcelona or Valencia, the artistic initiatives of the 1970s and 1980s reveal an energy that breaks down the barriers of the country’s isolation. In continuity, contemporary artists from the Spanish scene, notably Pilar Albarracín and Néstor Sanmiguel Diest, are taking up the cultural and identity issues of a country whose political heritage still weighs heavily. To evoke the complex period of democratic transition, the artist Daniel Andújar focuses on the fate of Picasso’s painting Guernica (1937), its massive diffusion and its message of peace. The work arrived in 1981 in Spain, according to the painter’s wishes: “when public freedoms would be restored”.

This exhibition brings together works and documents from the collections of the Les Abattoirs, Musée – Frac Occitanie Toulouse, the Centre d’Art 2 de Mayo de Madrid and the Cinémathèque in Toulouse.