VALENCIA. Jorge Peris “Dark Man on the back of the Firebird” From 19 may 2020. IVAM. Instituto de Arte Moderno.

VALENCIA. Jorge Peris “Dark Man on the back of the Firebird” From 19 may 2020. IVAM. Instituto de Arte Moderno. 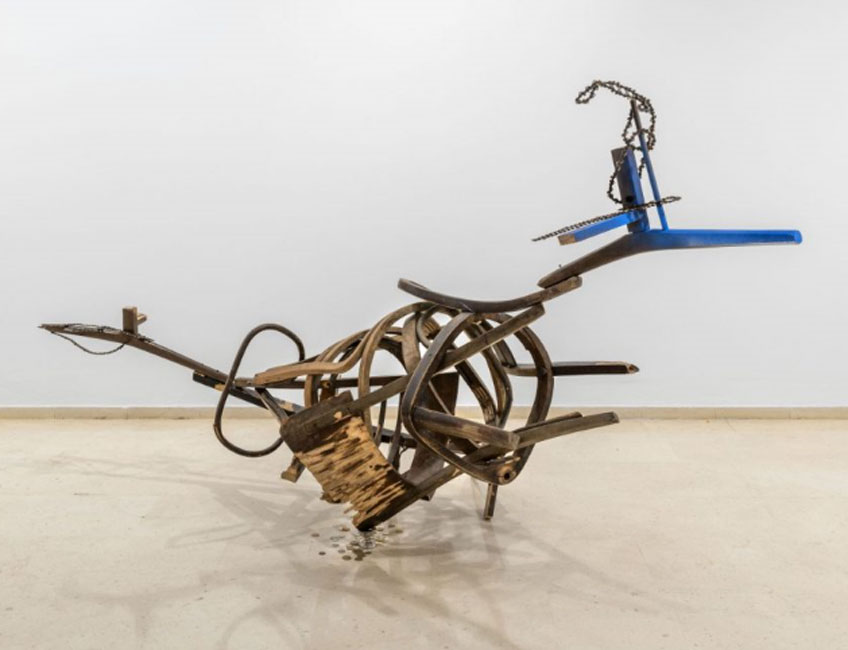 Conceived specifically for Galería 6 at IVAM, this project by Jorge Peris (Alzira, 1969) co-opts the actual structure of the exhibition hall itself, with the categorical presence of its diagonals, columns and staircase. Taking the gallery as a kind of blank sheet, Peris constructs a singular new space in which different times and places coexist in one single spatio-temporal dimension, thus transforming the various overlapping elements into an overall installation. The artist’s return in 2011 to Valencia, the city where he had spent his time as an art school student, adds an autobiographical layer to the project which is rendered in various different ways, for instance in the presence of elements from his surrounding environs and also in artistic references associated with his formative years in Valencia. One of the key features of Peris’s project is how it is undergirded by opposing ideas or concepts, akin to conceptual pairings proper to philosophy, which bring to the surface all kinds of conflicts or dichotomies through their tensions and balances.