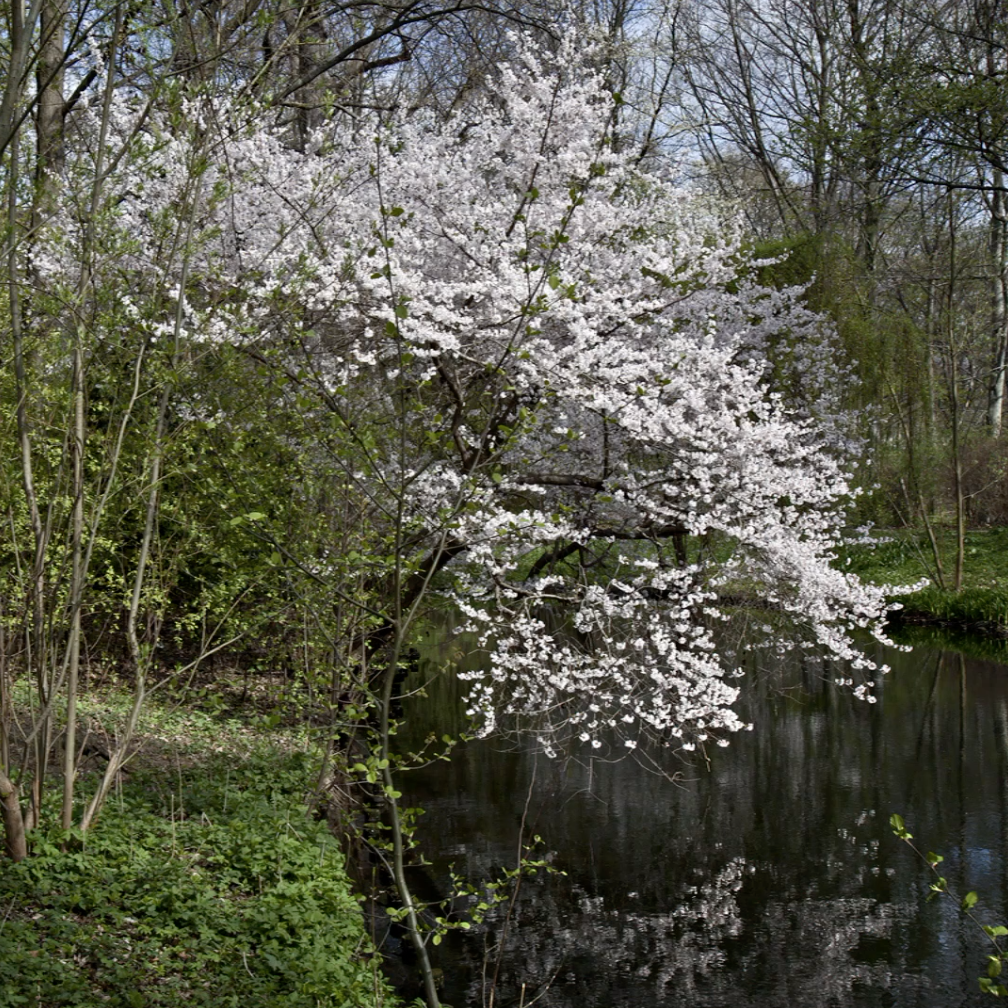 I started this project as I do almost all of them, without knowing where it would take me. I discovered Tiergarten, and then it became clear that I wanted to return, that I wanted to keep taking photos. There was something there that interested me. What?
What we see in the Tiergarten is an idea of, if you will, an idealization of nature; a beautiful lie about the wild, the natural, the good.

It took me a few days to understand that it was a setting that someone had designed to provoke , in the spectator, all those moods: surprise, mystery, fascination, joy, sadness…That was what I most liked. The project’s architect was Peter Joseph Lenné, in the early 19th century.

Carefully composed, it’s full of tricks, insights, reflections and secret harmonies which invite us to project ourselves in it.
Because the architect’s original gaze is juxtaposed by the unique gaze and experience of each one of its visitors, so this landscape has infinite readings, because each individual recreates within it their own inner world and the “zeitgeist” of their era.

But what does it mean to me?

When I stroll through the Tiergarten I feel like the child that I once was, and that I had forgotten. The landscape brings me closer to those childhood emotions close to fulfillment and happiness. It’s an exaltation of nature in the face of reason.

I also remember the great excitement caused by the reading of the first book I read in my life: “The sorrows of Young Werther”, by Goethe. I was about 12 years old. I read it in bed, in the near dark, afraid to be surprised, as if it were a pornographic or forbidden book.

This work reconnects me with a previous series: “Windows, Papers and the Boogie Man” (2000). Furthermore, it once again has some of the characteristics which interest me, and which are related to the limits between what is wild and what is civilised, between the animal and the human, between the sublime and the ordinary.
It makes me feel the same fascination that led me to the gorillas, “That of which I cannot speak” (2006) and that is related to a strange yearning, the fantasy of a certain idealized space where there would be no need for words, as we’d be in perfect communion – communication with nature.
In this occasion a public park, and in the  previous case the zoo, allow me to approach this illusion of the “wild”, the “primitive”, or what’s left of “it”,  in a “safe” and “protected” way. Amparo Garrido