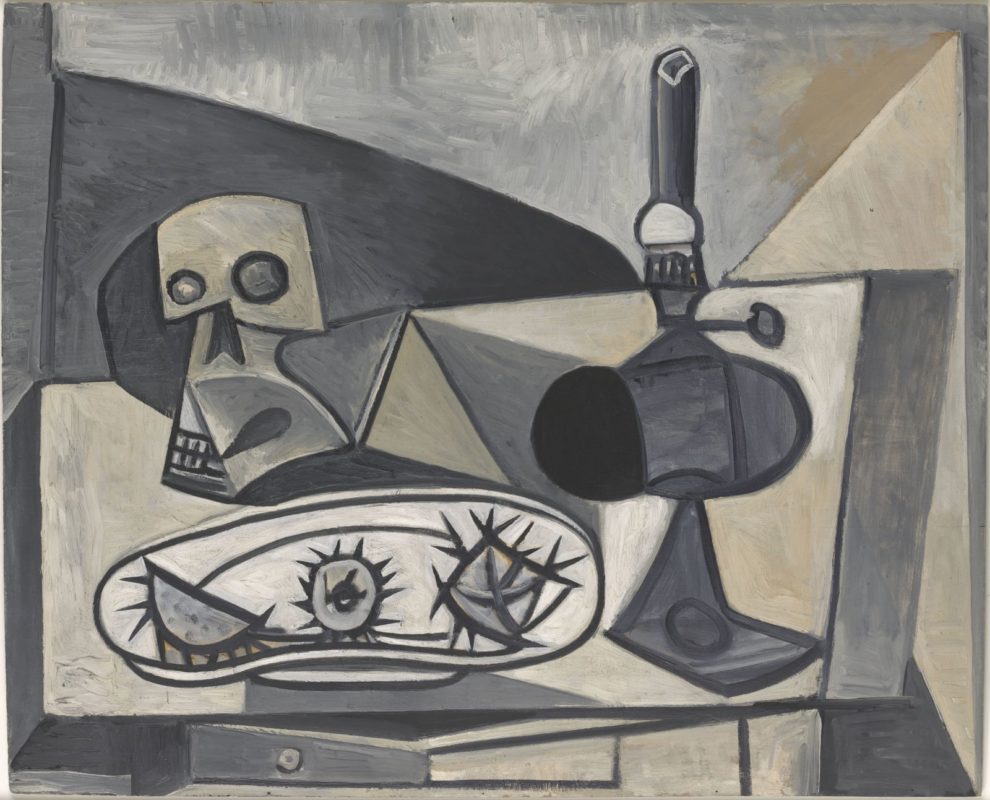 Picasso always claimed that his work was his “journal”, a personal and secret journal that recounted his private life. As the 20th century unfolded, with its two world wars and rising totalitarianism, he related the tragedy of contemporary life through this journal. Although Picasso’s early works feature warlike motifs, the First World War, which broke out when the artist was 33, is curiously under-represented in his work, even though it affected his closest friends, such as Apollinaire, Cocteau and Braque, who all went to the front.

The Spanish Civil War (1936–1939) affected the artist deeply, and his monumental painting Guernica, created in response to the aerial bombardment of the city, is considered one of his famous works. During the Second World War, holed up in a form of “internal exile” at his studio-hideout on Rue des Grands-Augustins in Paris, Picasso helped those close to him. Feted after Liberation as a resistance artist and activist, his political statements conferred on him a unique role in history as it unfolded. Picasso was a proclaimed pacifist, mirroring Western Communist parties’ positions and actions. The symbol of the dove spread throughout the world against this background.

The exhibition will mix two approaches: chronological and chrono-thematic. Picasso’s works and personal archives, in all their diversity, will be shown alongside a selection of contextual items and documents (press articles, photographs and objects) evoking the reality and spread of the conflicts that influenced his work.

The exhibition will explore the various ways that warfare informed and impacted Picasso’s creative output throughout his career. A life-size replica of the most emblematic of all his works, Guernica, opens the exhibition visit and stands as a tipping point marking Picasso’s first public political statement.