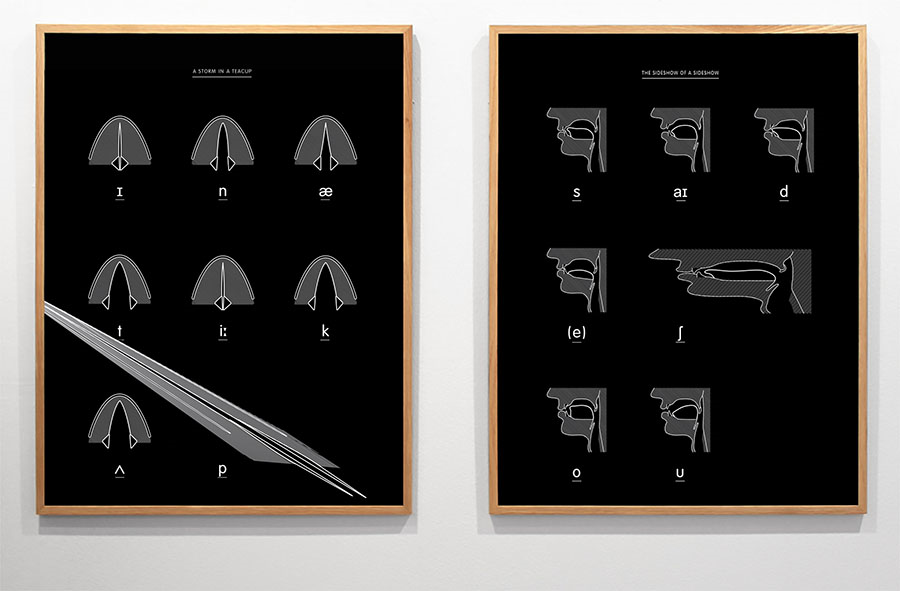 Exposures is a series of online exhibitions that aims to reflect on topics related to the current context, and around the general idea of ‘The body and the other’.

The second proposal brings together conceptual practices around the word and the language, basic tools in our relationship with the world and with others.

The works presented reflect the relationship between word and image and use various linguistic strategies. In the case of Teresa Solar‘s work, she plays with the aesthetics of phonetics and language learning posters. In other cases, language is used from a sound dimension -as in the work of Perejaume-, a sign –Javier Peñafiel– or poetic –Joan Brossa.

In the 2018 Muntadas work, the mechanisms of communication, language and the problematic relationship between the production of knowledge and economic power are analyzed. Also in the case of Erick Beltrán, through language, he dissects the world to classify it, categorize it, differentiate each of its elements in order to try to understand it.

In a more narrative line, Pauline Bastard‘s work starts from objects found casually that allow her to entrust strangers with the writing of creative fictions.

Lastly, we wanted to introduce an action carried out by Anna Dot at the Fundació Brossa in 2019, evidently for her connection with Joan Brossa, but also for her poetic reflection on the construction of words.