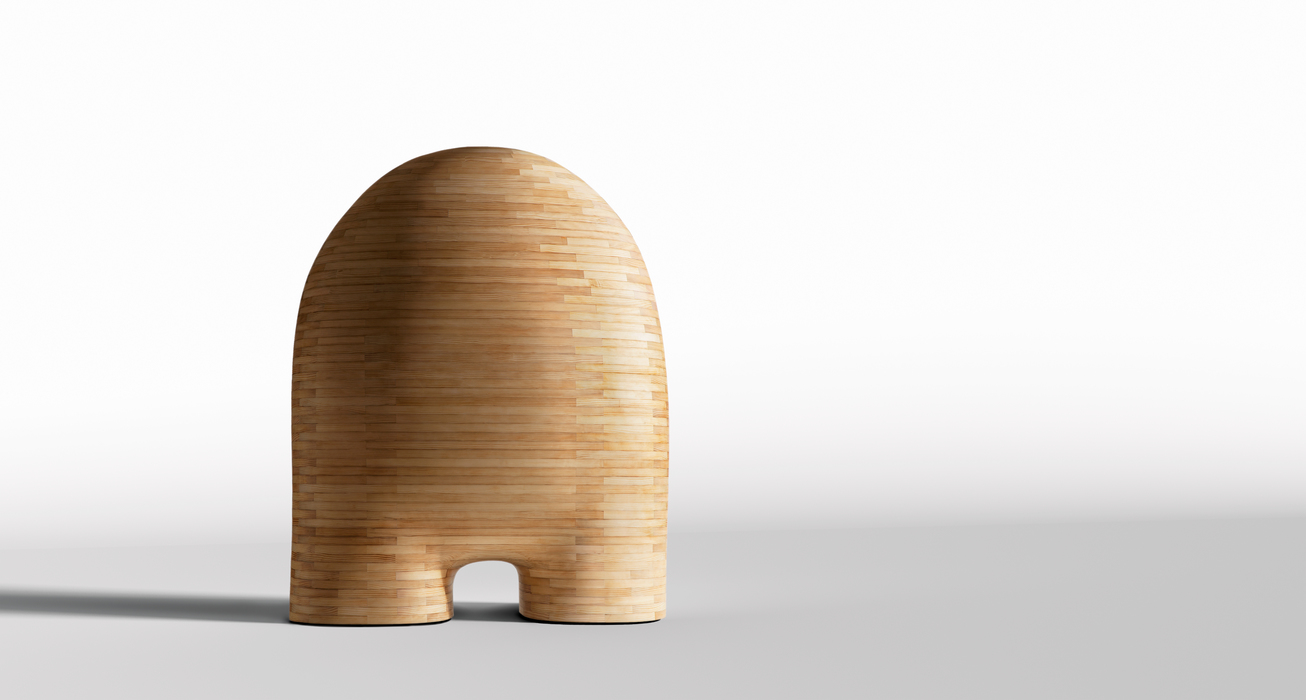 The Noguchi Museum presents an overview of the work of Spanish sculptor Jorge Palacios (Madrid, 1979) with Link, a monumental public work installed on Flatiron Plaza North, across from the Flatiron Building and adjacent to Madison Square Park, and an exhibition of nine sculptures in the Museum galleries and garden.

Jorge Palacios at The Noguchi Museum is the Museum’s first exhibition of a Spanish artist’s work. A display of nine of Palacios’s sculptures explores the laws of physics and motion on the microscopic and macroscopic level. Gently integrated into the historic Noguchi installation, his works bring renewed attention to Noguchi’s frequent experiments with the physical sciences.

The public sculpture entitled “Link” will be installed on Flatiron Plaza North as part of the exhibition “Jorge Palacios at The Noguchi Museum.”

Complementing the exhibition Jorge Palacios at The Noguchi Museum, which will run from September 26, 2018 thru January 20, 2019, the monumental sculpture Link by Spanish artist Jorge Palacios will be installed on Flatiron Plaza North, across from the Flatiron Building and adjacent to Madison Square Park in Manhattan.

Informed by Noguchi’s public works and intended to serve as a focal point for civic life, it explores the relationship between scale and public engagement through proportionality with its setting and integration into the urban fabric. “Link” reflects on whether the monumental can convey the feeling of lightness or subtleness.

Jorge Palacios’s sculptures have been widely shown in public spaces, includ­ing in SoHo, New York City, where he exhibited Sketch in the Air (2015); in front of the Monastery of San Lorenzo de El Escorial, Madrid; in the “Torres de Colón” in Madrid, and, as part of an exhibition of his urban sculptures in the streets of Toledo, at that city’s Floridablanca Sculpture Gardens, Sun Gate, Bisagra Gate, and Santa Cruz Art Museum. His work has also been exhibited in numerous museums, including the Santa Cruz Art Museum, Museum of Fine Arts of Guadalajara, and the Mirador Hall of the Thyssen-Bornemisza, in Madrid, and it may be found in public and private collections in Canada, Switzerland, Spain, and the United States. Palacios divides his time between his studio in New York City and his workshop in Spain.