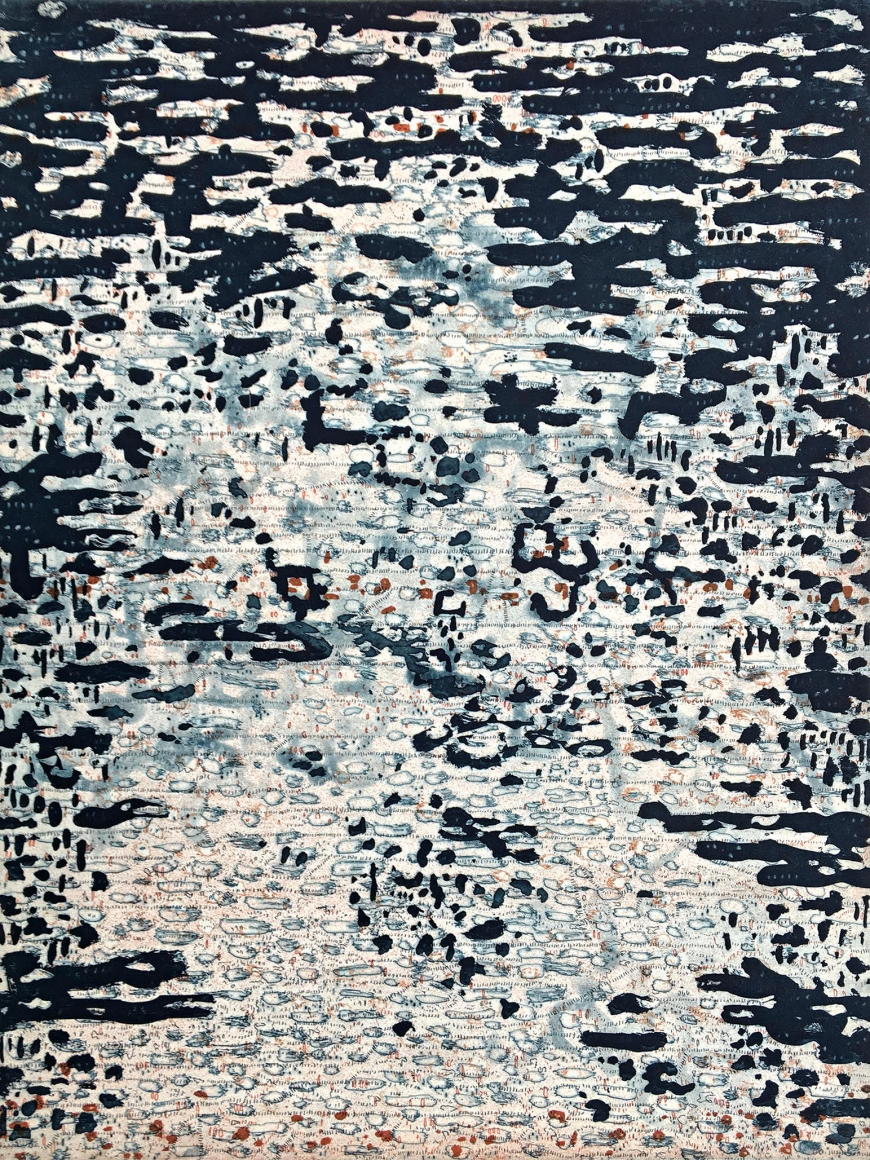 The exhibition, which is Elespe’s fourth solo exhibition mounted by the gallery is the most comprehensive exhibition to date in New York of the artist’s work featuring over twenty works across different mediums. The exhibition debuts Elespe’s largest paintings and places his paintings, drawings, and prints in dialogue for the first time. Elespe is currently included in MassMOCA’s The Lure of the Dark, organized by Susan Cross, now on view at the museum through December 2018.

As in Elespe’s past exhibitions, the subjects and themes developed in the recent works are autobiographical. Created in Elespe’s home studio in Madrid, they begin as images from observation and memory, including interior scenes, still lifes, portraits and figures, and meditations on studio and domestic life; a small painting featured in the exhibition – Intraducibles, 2018, shows a quiet interior scene of a couple reading in bed. Over the course of their creation, some of the works remain pictorially referential while others become layered abstract ruminations on time and perception, with elements of fiction and art history attempting to enter the pictures, while others ultimately manifest as pure abstractions.

The artist is known for his intimately scaled oil-on-aluminum paintings, and more recently, his canvases, though drawing has been a critical aspect of his practice for many years. In tandem to his focus on working on paper, Elespe has expanded his practice by drawing directly onto copper plates to produce etchings with aquatints. This exhibition highlights the relationship between these mediums, and the deep connection between drawing and mark making on the discrete surface properties of paper, cotton and metal. Elespe’s durational and intricate process involves adding and subtracting marks, lines, tones and textures, which carefully delineate images, and pictorial light and space over time. The artist’s accumulative process is perhaps more explicit in the drawings and helps to underscore the experimentation of wet and dry techniques developed in the painted works. Elespe’s more recent concentration on printmaking – such as the two versions of the etching 3 Fires, both 2017 – has made him even more acutely aware of layering, as images rendered through etching must be constructed in reverse. This method of assembling an image and composition has allowed him to keenly anticipate how his paintings and drawings are deliberately composed.

Jeronimo Elespe was born 1975 in Madrid, where he lives and works currently.  He was educated at Yale, CT and The School of Visual Arts (SVA) NY.  Recent solo shows include Maisterravalbuena, Madrid (2018); LABOR, Mexico City (2015); 11R, NY (2015); Ivorypress, Madrid (2014); and El Centro de Arte Contemporáneo de Málaga (CAC Malaga), Spain (2012).  Elespe’s work is included in the collections of Carnegie Museum of Art, Pittsburgh and the Museo Nacional Centro de Arte Reina Sofia, Madrid. Monographic publications on the artist include The Antipodal Room, published by Ivorypress (2014), which includes an interview with the artist and Hans-Ulrich Obrist; and Tacitos y sordos, published by CAC Malaga (2012), with text by the curator Dan Byers. (Van Doren Waxter press-release)