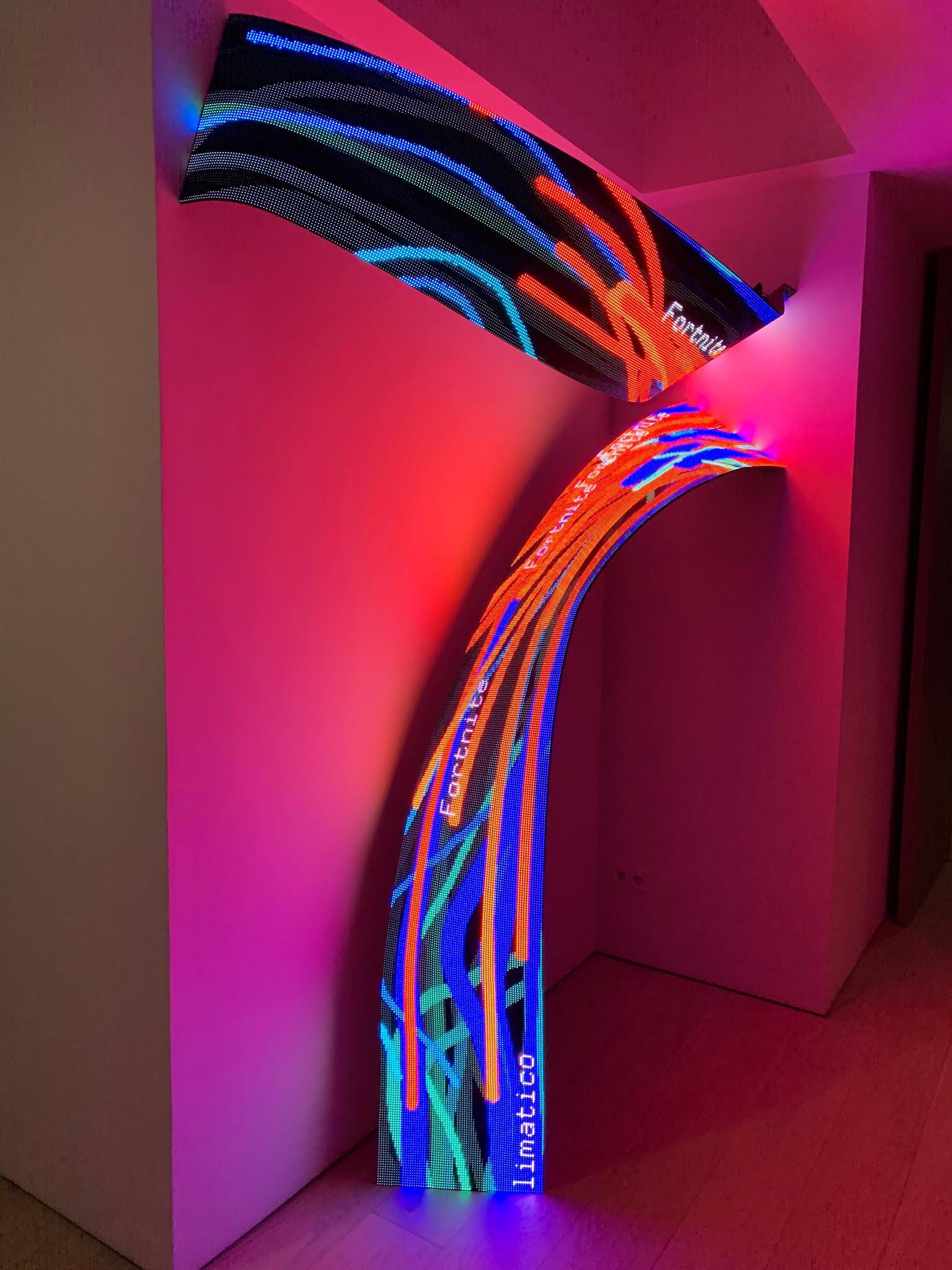 The data-sphere is a driving force of society and the economy, despite its invisible nature. This lack of visibility can make it difficult to comprehend how information affects daily life. Billow attempts to expose the hidden threads of data networks.

The exhibition consists of six sculptural LED screens that depict abstract animations developed with data from real-time Google Trends. Colors within the animation are determined by how “hot” or popular a specific topic becomes; the more viral the search is online, the warmer the tones become. Popular queries from each day appear momentarily as overlaid text before dissolving into a smoky abstraction. Their lingering forms generate illusions of interlaced imagery.

This series continues the artist’s interest in the similitude between screens and textiles. Canogar plays with the idea of threads and knotted string by exposing electric data cables underneath the LED panels. Another defining element of the artist’s recent work is the curving, architectural intersections of his sculptures. Rolling silhouettes of technological streams emulate the natural world of rivers, hills, and valleys. Canogar presents sculptures of the incorporeal electronic realm in the hopes of better understanding the ebb and flow of our digital times.

Daniel Canogar. b. 1964 Madrid, Spain Lives and works in Madrid and Los Angeles. Born in Madrid to a Spanish father and an American mother, Daniel Canogar´s life and career have bridged between Spain and the U.S. Photography was his earliest medium of choice, receiving an M.A. from NYU at the International Center of photography in 1990, but he soon became interested in the possibilities of the projected image and installation art.