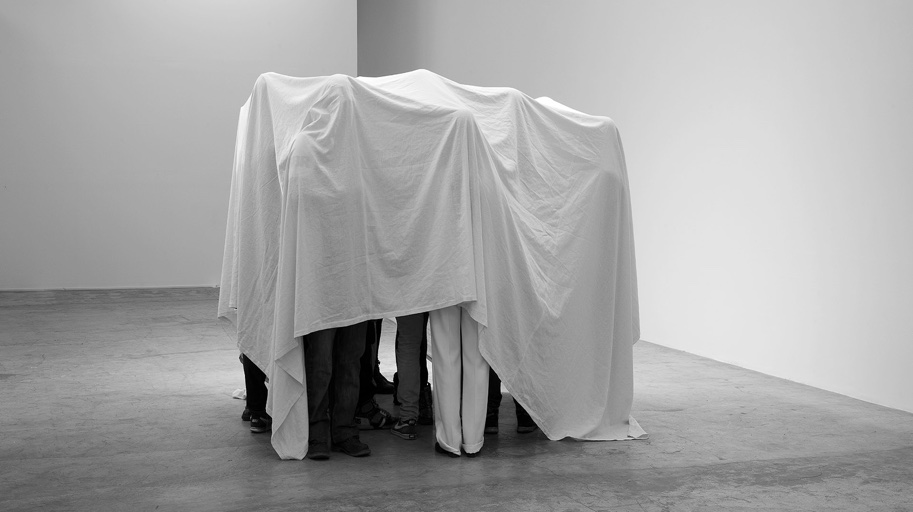 Santiago Sierra (Madrid, 1966) Lives and works in Madrid, Spain and Mexico City.The work of Santiago Sierra has been characterized by showing situations where survival is a fundamental element. He translates into artistic practice the inhuman aspects of the economic system, the mechanisms of corruption and the labor exploitation of the individual. Links diverse references with direct reality to explore and represent the world articulating even a critical stance before the own relations of the art world and its agents.

In the nineties his projects became known for establishing systems of negotiation with third parties to carry out actions -generally occupying a public space- to demonstrate the materialistic procedures related to the systemic violence of capitalism and the working conditions that are generated from it. This body of work has questioned the functioning of institutional structures, control over the public space, the emergence of informal architectures in the urban landscape associated with forms of survival; the conditions of disuse and disposal not only from the point of view of the material but also applied to individuals as a reflection of social contrasts.

With this work and the respective documentation Sierra directs the viewer’s experience towards the brutality of reality through the scenes he reproduces and which, in fact, repeats the operations of power he criticizes as a strategy.

His work is associated with premises of minimalism and conceptualism and takes form from the sculptural, documentation, public events, film projects and photography to reveal the perversity of power. The characteristic titles also serve as an instruction for operation or reproduction and reinforce the questioning of the positive use of the image held by the capitalist system. (Labor press-release)