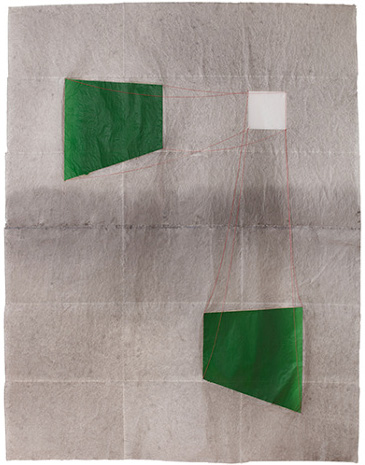 Lluis Lleó (Barcelona, 1961) who has lived in New York since 1989, is an artist who moves with identical ease between painting and sculpture, making his work especially difficult to catalogue. His recent works are neither sculptural paintings nor painted sculptures: they are works that lie midway between abstraction and figuration, having the particular characteristic the combination of painting with elements in relief that provide the work an arquitectural matrix. Arquitectural references, that since the beginning of the 1990s, Lleó has used in his work, focusing on the mysterious and evocative power of geometry and the rythms and pacing that it can define. The result is a body of work that seeks concurrence between elements that appear opposite, lyricism and power, order and chaos, presence and transparency.

“To me, they(paintings) are very much a mix of Spanish and European traditions with American paintings such as those by Mark Rothko, Ellsworth Kelly and Agnes Martin. When I came to New York, I was fascinated by how they, and artists like them, could produce all these powerful images with such simplicity. I come from a place where the aesthetics are more complicated and it was amazing to see how they achieved such fantastic results by such simple means.”Luis Lleo. (Ge press-release)