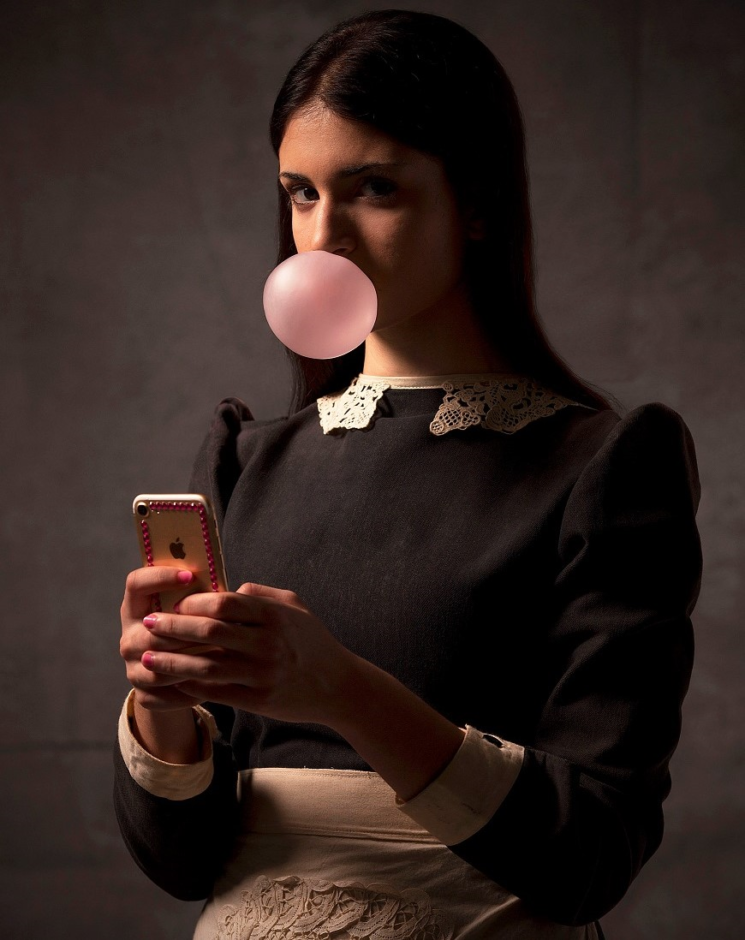 Anaqronías is a photographic interpretation of Miguel de Cervantes´s Quijote from a modern perspective. The photographer, Juan Antonio Cerón, wants to rescue the secondary and imaginary female characters from novel by transforming them into a photo to create an anachronism that represents their character. This moves us from the pictorial image intended by the writer to a contemporary image playing with anachronism as an intentional aesthetic error.

Juan Antonio Cerón achieves a double challenge in the exposition, on one hand he approaches one of the most important texts of all time with rigor and respect. On the other he gives form to characters that in most cases haven´t previously been documented but in the novel are painted in a light and composition reminiscent of 17th century Baroque painters such as Caravaggio, Bernini, Rembrandt and Ribera.