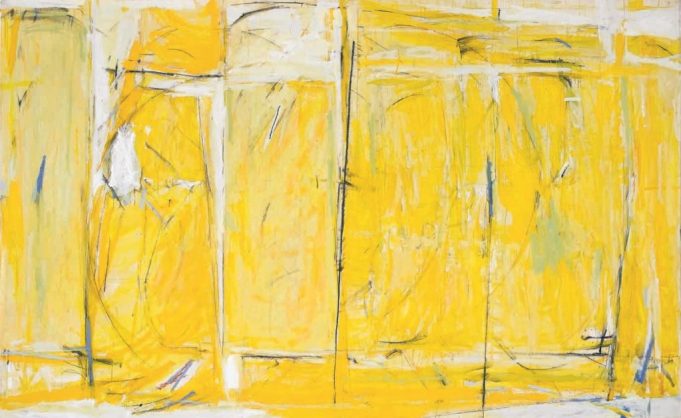 The Museo Reina Sofía stages a retrospective survey of the work of artist Miguel Ángel Campano (Madrid, 1948 – Cercedilla, Madrid, 2018) by way of a selection in excess of one hundred works made from 1972 onwards. The show, the last exhibition project in which the artist directly took part, parades the problems, processes, and resources Campano focused on. Not ever channeling them into the ditch of any single style, Campano’s long cycles of painting succeeded; and so narrating Campano’s oeuvre – and its many forms – always requires enunciating an “and then,” an après. Sticking to Campano’s succeeding interests, the exhibition also renders an account of the constants in a career traversed by emotional impetus and an analytical, learned approach to painting.

Campano’s work was also referential: when observing and painting the art of the past, he often painted d’après Eugène Delacroix or Nicolas Poussin, becoming heir to the languages that the history of art had made available. Yet Campano’s canvases d’après are never merely works “according to” the painter he was studying, but rather “following from,” and hence releasing a flight from the canon. His works from life – d’après nature – depart from their own objective referents, too. All in all, as concerns the d’après which feeds Campano’s work, to predicate an “according to” is only possible for Campano’s painting proper. The exhibition thus can be summed up as a digest of painting according to the artist, a museum of paintings d’après Campano.

The survey starts with works from the 1970s, for the most part exercises in geometric abstraction along the lines of the Cuenca Group. By the early 1980s, the artist started to work large scale on series such as Vocales, with references to literature and with a markedly gestural expression. In his Vocales Miguel Ángel Campano elaborates, within abstraction, on the image that may best correspond to the colour evoked by a vowel sound. Almost at the same time, Campano became interested in pictorial tradition, in a range of different ways: from thematically revisiting Delacroix, Cézanne, or Poussin to exploring the genres of still-life and landscape, in addition to using, upon re-reading a sole image, an array of avant-garde styles, instanced in the series Ruth y Booz (1988-1992).

Along the breadth of the 1990s, Campano’s work underwent different processes of riddance: the references to tradition were pared back, black and white replaced colour, and geometry was, chiefly, severe and rotund, although halfway through the decade organic and fertile forms would appear on canvases that have even been associated with musical compositions and repetitive prayer-like structures. In Elías (d’après Daniel Buren), dated 1996-1999, a similar fantasy of profusion is at work. Elías also hosts a reflection on how painting can be a component – an important one – for other media, such as installation. The artist is here, still, relying on very few monochrome tones.

As 2000 drew closer, Miguel Ángel Campano once again took up colour and at times worked on lungi Indian fabric, marking the start of an interest in recurring crisscrossed patterns, which, for this ensemble, started with the grid in the support itself. This would later make up his investigation into white and into colour arranged and woven on a larger scale. Rich colouring, this time within an expressionist vein, appears in other series from that decade – for instance the homage to José Guerrero – and are also reflected in this retrospective. Comisariado: Curators: Manuel Borja-Villel, Lidia Mateo Leivas y Beatriz Velázquez. (MNCARS press-release)