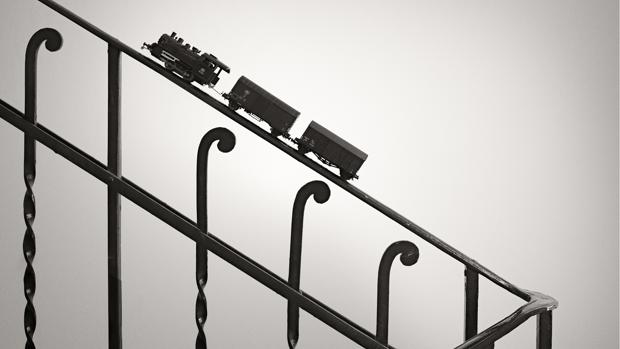 The exhibition will have 34 black and white photographs. In this new show, we see how the decontextualization of the image of the photographed object provides a new meaning, which in itself has a new meaning for each viewer.

Chema Madoz (Madrid, 1958) began his career in 1990 in the Centro de Enseñanza de la Imagen. In these years the Círculo de Bellas Artes in Madrid opens its program with an exhibition of the artist´s first works and later the Centro de Arte Reina Sofía includes his work in a collective exhibition.

From the 90’s onwards Madoz develops the concept of the image of an object and its different visual meanings, which is a recurrent issue in his photography to date. “Thanks to Madoz we know how many different lives a match or a ladder could have had if their destiny had not been to finally serve our need for fire or to overcome gravity”, notes the philosopher and art historian Luis Arenas. “All the worlds of Madoz are, certainly, unlikely worlds, but not impossible ones: they are before us to prove how real they truly are”.

Chema Madoz has received all kind of awards and recognitions such as the Spain´s National Photography Award in 2000, the PhotoEspaña Prize in 2000 and the Premio de Cultura de la Comunidad de Madrid in 2013. The publishing company Art-Plus published in 1995 its first monography Chema Madoz (1985 – 1995).

In 1999 the Museo Nacional Centro de Arte Reina Sofía held a retrospective exhibition Objetos 1990 – 1999. This was the first retrospective ever dedicated by this museum to a living Spanish photographer. That same year the Centro Gallego de Arte Contemporáneo in Santiago de Compostela held a solo exhibition of his work.

Madoz exhibits regularly in galleries and public institutions as the Canal de Isabel II, the Fundación Telefónica, CaixaForum, the Centre Pompidou in Paris, the Netherland Photomuseum of Rotterdam, the Fundazione M. Marangoni of Florence, the Museo de Bellas Artes de Caracas or the Fotofest of Houston among others. His work is in public and private collections such as the Museo Nacional Centro de Arte Reina Sofía, art funds of the French Ministry of Culture, the Hermès Collection, the Fundación Juan March, the Fundación Telefónica, the Fundación Coca-Cola, the Museo de Bellas Artes de Buenos Aires, the IVAM, the Spanish Ministry of Culture, the collection Fotocolectania, the Fine Arts Museum of Houston or the Fundación María Cristina Masaveu Peterson, Margulies Collection among others. (Elvira González press-release)