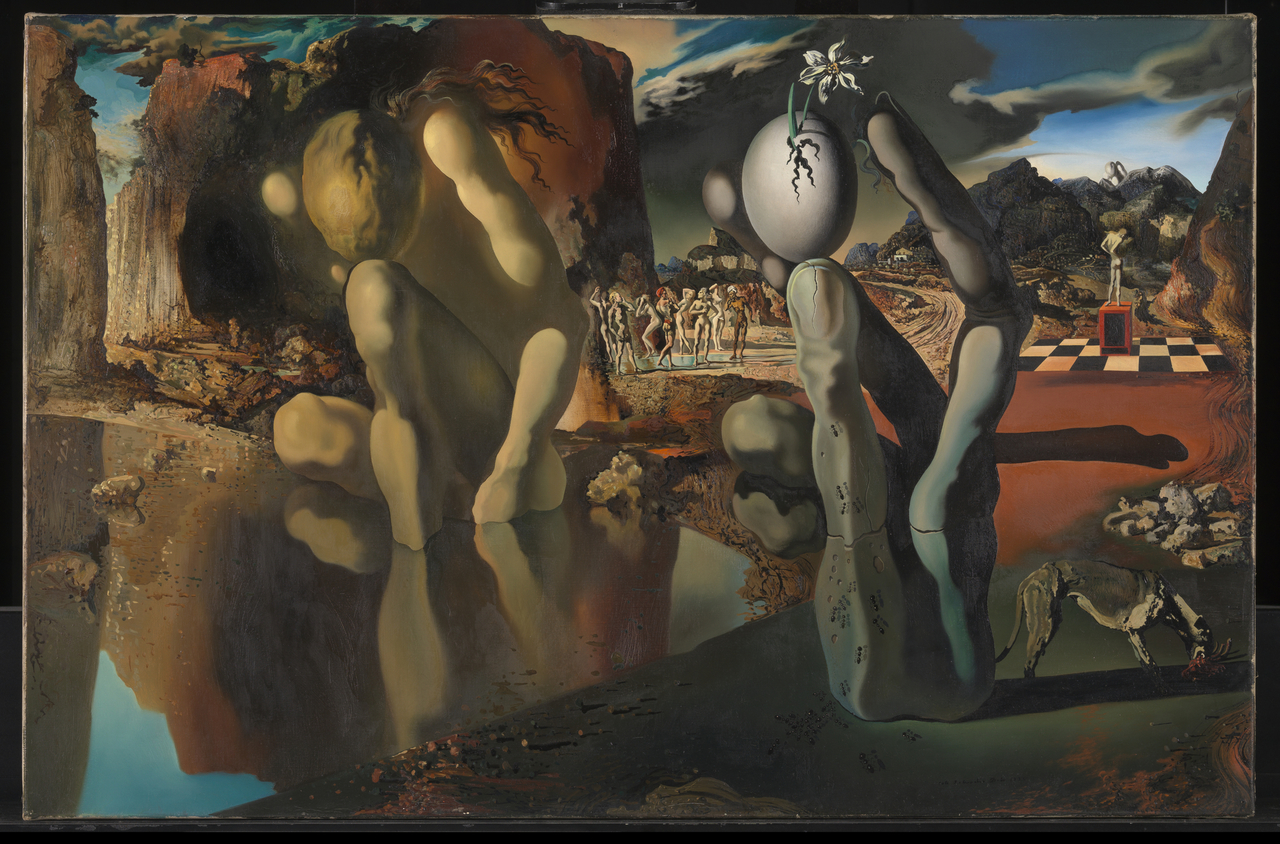 An exhibition exploring the connection between Sigmund Freud, father of psychoanalysis and key figure of the ideas of the 20th century, and Salvador Dali, the Spanish artist whose imagery and understanding of art have shaped the world of culture ever since. As a passionate admirer of Freud, Dali finally met him on 1938. Marking 80 years since their encounter, the Freud Museum explores the relationship between both men, starting from this one meeting to which Dali brought his recently completed painting The Metamorphosis of Narcissus.

The painting, on loan from the Tate, will be the central point in the exhibition for an exploration of the extensive influence of Freud on Dali and Surrealism. Also considered will be Freud’s own attitude to painting, illuminated by his response to this encounter with Dali. The exhibition has been curated by art historian Dawn Ades, and it will be accompanied by a catalogue and an exciting public programme including lectures and debates on topics such as Narcissism, the relationship between art and psychoanalysis, and Lacan’s debt to Dalí’s critical, paranoia, among others.