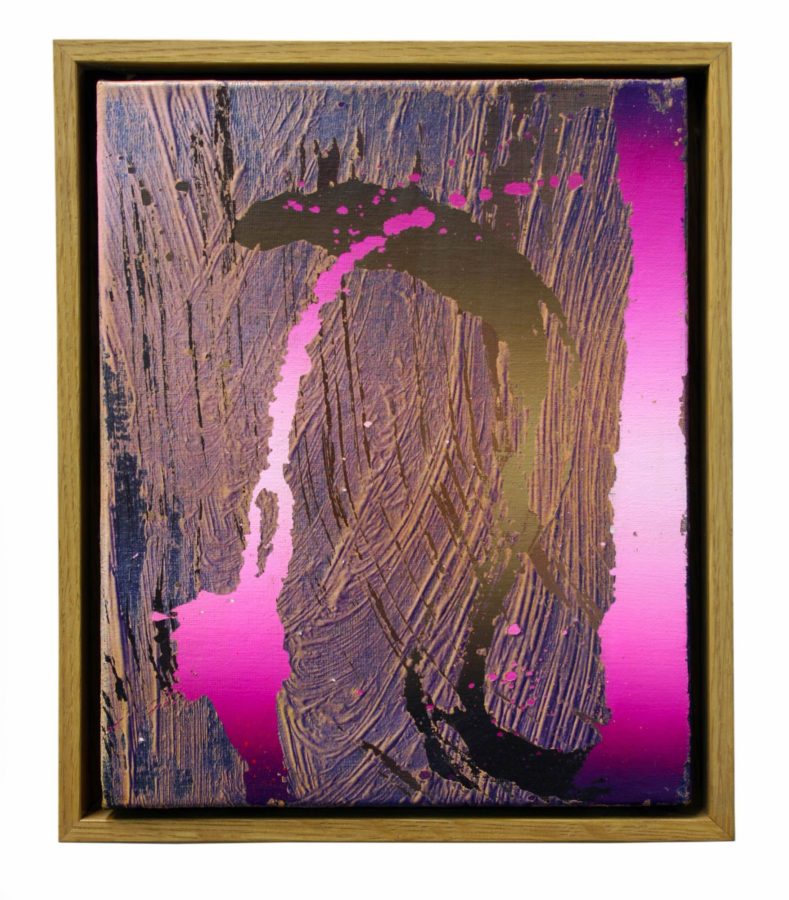 ‘Empty Sea and Cavern’ is the first solo show of Alan Sastre in London, he shows a selection of his two latest series of works. On one hand a series of monochrome canvases that offer the shade of one of the possible ways of pictorial surface refinement, and on the other hand a series of abrased looking paintings where he makes and unmakes during their process.

The works of Alan Sastre (Barcelona, 1977) raise doubt in the pragmatic sense that Richard Shiff described: “A doubter, he was also a believer”. Linked to the tactical and experimental in their study, they increase in the visitor the desire to interact with them, forming questions without answers possibly as creative doubts that might be consequences of the perception of its materiality, and linking the audience with the material and the tridimensional space of the painting itself. “My work requires a lot of involvement with the material”, says the artist. “You have to know the painting, the time it takes to dry, the control of the temperature, how the different materials relate, the techniques… It is closely intertwined with the process and the pictorial tradition, something that has always interested me greatly”.

Made up of many large and small format canvases painted using resignified objects and materials, the exhibition shows the two main lines of work that Alan Sastre has been developing in recent years. First, the series “Mop Paintings”, monochrome paintings that the artist paints with a mop and at night when he is alone and quietly in his London studio. “These works have something magical and relaxing. They are very ordinary movements that everyone does when they wash the dishes or clean the windows. I am also very interested when something so mundane is transferred to the pictorial field and is charged with history and meaning. I am concerned with what happens when it relates to the tradition of the monochrome, which has always been linked with the sublime, the invisible or the ineffable, those meditative paintings of Rothko, Newman, Klein or Hafif”.

The second series, ‘Blind Paintings’, is more linked with subtraction as a way of painting. Using chance as an artistic method, the painter overlaps layers and layers of paint until he forgets what was underneath. It is then when he blindly drags and removes, discovering the more profound layers and dialoguing with the artwork during the whole process; “These paintings work when I completely lose control over them and forget what is underneath. This method allows me to be continually surprised and feel refreshed by the painting, returning to the past, and revelling a temporary reading of the painting, combining memory and oblivion. They are like icebergs where you can only see a little piece that stands out but where everything else that is below is necessary and essential for the final result”.

Alan Sastre (Barcelona, 1977) Bachelor of Fine Arts from the University of Barcelona and graduated in Pictorial Procedures and Mural Techniques from Escuela Superior de Arte y Diseño Llotja, Barcelona. He obtained a Seneca scholarship from the Fine Arts School at the University of Granada in 2019, a scholarship at the Rodriguez Costa Foundation in the same city in 2007 the Fellowship at The Cooper Union School of Art in New York.