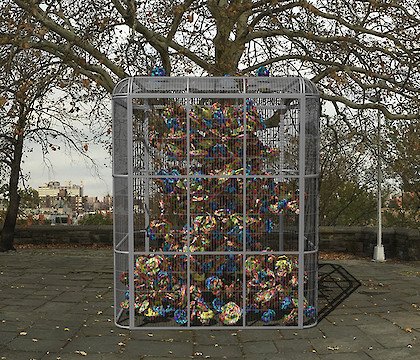 José Carlos Casado is a multimedia artist from Málaga, Spain. An MFA graduate of the School of Visual Arts, he has been based in New York for 20 years. He uses technologies to create art involving video, 3D animation, photography and sculpture. His work has been shown in multiple solo and group shows internationally and has won numerous prizes and recognitions, including a grant from Picasso Foundation, a scholarship from LaCaixa Foundation, MIT’s Leonardo Excellence Award, two New York Foundation for the Arts Fellowships, and a grant from Lower Manhattan Cultural Council/Upper Manhattan Empowerment Zone. (spainartsandculture.us press-release)