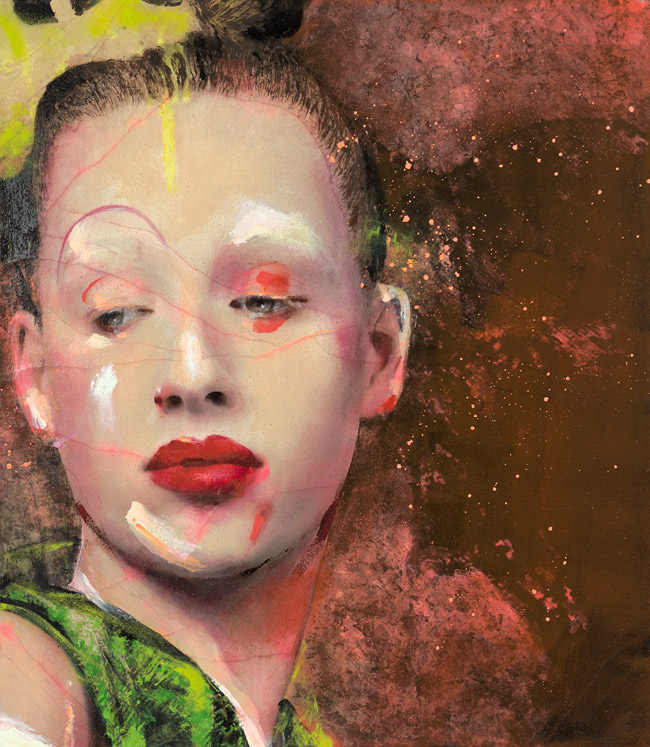 Lita Cabellut (b. 1961) is a leading female contemporary multidisciplinary artist in Spain most well-known for her paintings on large scale canvases using a contemporary variation of the fresco technique. Beyond her monumental paintings, her work also includes drawings on paper, sculptures, photography, scenography, installations, poetry, visual poems and videos. She has also expanded to Opera scenography in the creation of stage, custom and video design. It is Cabellut’s central tenant of a guiding poetic sense that stirs all these multidisciplinary tools.