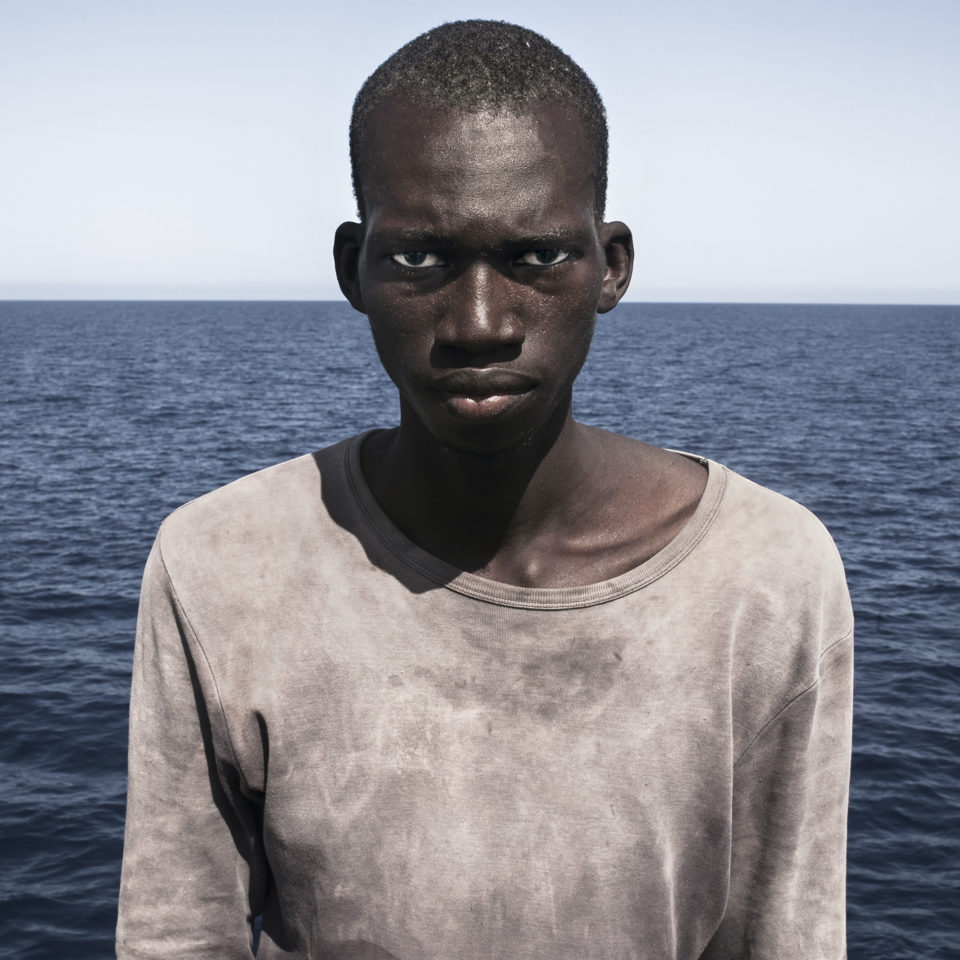 Spanish artist César Dezfuli joins artists Brian Sokol, Maranie R. Staab, and Manar Bilal at Or Does It Explode? This exhibition is an effort to build awareness of the millions of lives affected globally, while offering figurative work merged with descriptive text that individualizes the numerous struggles that result from migration.

The artwork is primarily portraiture giving faces to the statistics about refugees and migrants, and creating a bridge of humanity. The exhibition also delves into information regarding how specific families navigate their lives in new countries, paying particular attention to changes within culture, identity, and dreams for the future.

The Harlem Renaissance poet Langston Hughes closes his famous poem, Harlem (Dream Deferred), with “or does it explode,” leaving the open-ended idea to be contemplated. Journeys of refugees and migrants often begin with a dream of freedom, asylum, or a better life for themselves or their families, yet dreams are constantly altered while continuously considering transitions. Through this exhibition, viewers are challenged to consider how migratory and refugee lifestyles abruptly and permanently affect people and cultures, and how dreams transform or die as a result.

César Dezfuli was born in Madrid in 1991. He studied at the University Rey Juan Carlos, where he received a dual degree in Journalism and Media Studies. He worked in Spanish newsrooms before focusing on documentary and investigative reporting on humanitarian issues, international politics, and anthropological research, where he combined work as a written journalist with his photographic reports. His work has been published in Al Jazeera, The Guardian, The Atlantic, De Groene Amsterdammer, El Mundo, El País, Eldiario.es, El Periódico, 20Minutos, BBC, and elsewhere.(spainculture press-release)