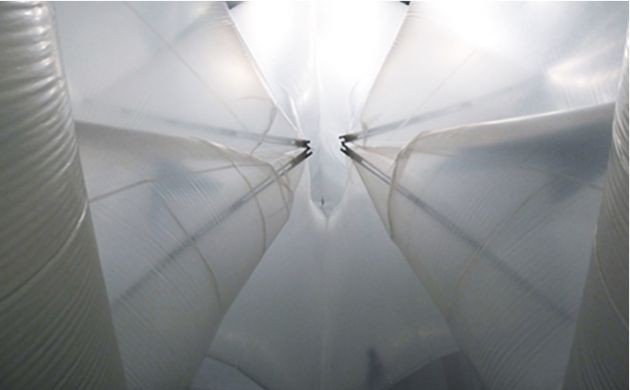 Sergio Prego (b.1969) is a Basque sculptor and part of the generation that was formed in the experimental space Arteleku in San Sebastián, though for over two decades he has been based in New York City. During the five years he spent in Vito Acconci’s studio, Prego was the only artist in a group of engineers and architects who contributed to the work of the classic conceptual artist. Throughout his career he has questioned and reformulated his allegiance to that tradition, and the performativity and institutional criticism of the art of the 1960s, by means of video, space intervention, sculpture and pneumatic architecture. Along with ItziarOkariz, Sergio Prego represented Spain at the 2019 Venice Biennale.

Miguel Fisac (1913–2006) was a key figure in Spanish architecture of the second half of the twentieth century and his works contributed to the modernization of architecture in Spain. He graduated from the School of Architecture of Madrid in 1942, and his first work was completed that same year: the Church of the Holy Spirit, built upon the remains of the auditorium of the historic Student Residence in Madrid. During a trip to Sweden, he encountered the work of Gunnar Asplund, which influenced Fisac’s architectural perspective. Always working with new materials, his style evolved over time: from abstract classicism he transitioned to using brick, which in turn he later abandoned for concrete— especially pre-stressed concrete, the method Fisac patented. Some of his most emblematic works are from this latter period, such as the Hydrographical Study Centre and the Jorba Laboratories. He was awarded the Gold Medal for Spanish Architecture (1994), the Antonio Camuñas Award (1997), and the National Architecture Award (2002).