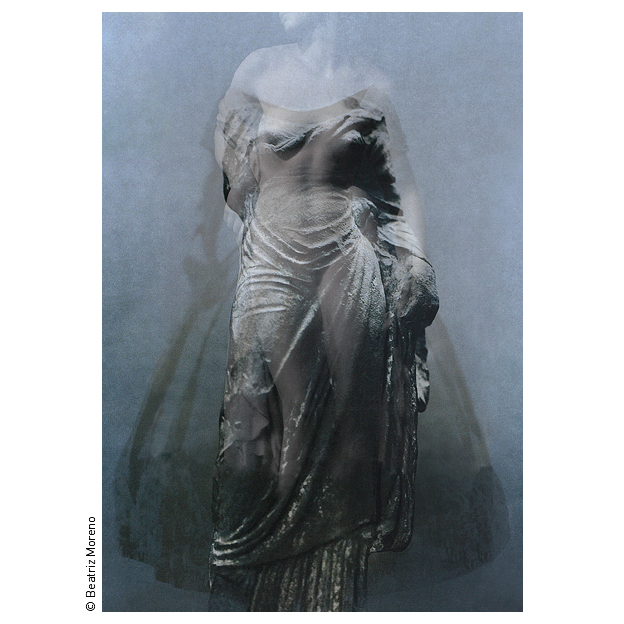 A meeting of two souls linked through time and space : Ernst Fuchs (1930-2015) and Beatriz Moreno (1971). Two artists who never met in real life – neither of them knew of the existence of the other, however… Could it be part of an universal plan that is beyond the understanding of human beings? Held in the former studio and villa of the Austrian artist Ernst Fuchs, the exhibition reveals a surprising correspondence between the two creators’ works.

Ernst Fuchs mixes eroticism with mysticism, his works brimming with revelations, prophecies, and messages. A prophetic symbolism. His art stretches its roots into the past in order to predict the future. Using neoplato philosophy, the artist, like a prophet with his religious and mythological themes, also addresses all the aspects of the individual and the modern world.

Painter, illustrator, engraver, sculptor, architect, scenographer, composer, poet, singer, Ernst Fuchs was one of the founders of the school of fantasy realism in Vienna. Working also in Paris and Monaco, he became friend with Salvador Dali and Jean Cocteau. His works have been on display at the Ernst Fuchs Museum in the old villa of Otto Wagner in Vienna since 1988

Beatriz Moreno, born in Toledo in 1971, challenges her past. A whole parade of shadows…in each photograph there is a message, a new faith, a new version of an ancient cult. Her art replies to an invitation, joins forgotten centuries and rereads history for a new poetic experience. She photographs the spirit world. Her photographs were exhibited at the Saatchi Gallery in London, the Instituto Cervantes in Chicago, the Spanish Embassy in Washington, the Rencontres in Arles and in Madrid for the PhotoEspana and Estampa. Created before even knowing of the existence of the Austrian artist, her photographs presented in Castillon resemble in a surprising way the works of Ernst Fuchs.