BRÉTIGNY SUR-ORGE . Núria Güell “In the name of the Father, the Fatherland and the Patriarchy” 6 october – 21 december 2018. Contemporary Art Center

BRÉTIGNY SUR-ORGE . Núria Güell “In the name of the Father, the Fatherland and the Patriarchy” 6 october – 21 december 2018. Contemporary Art Center 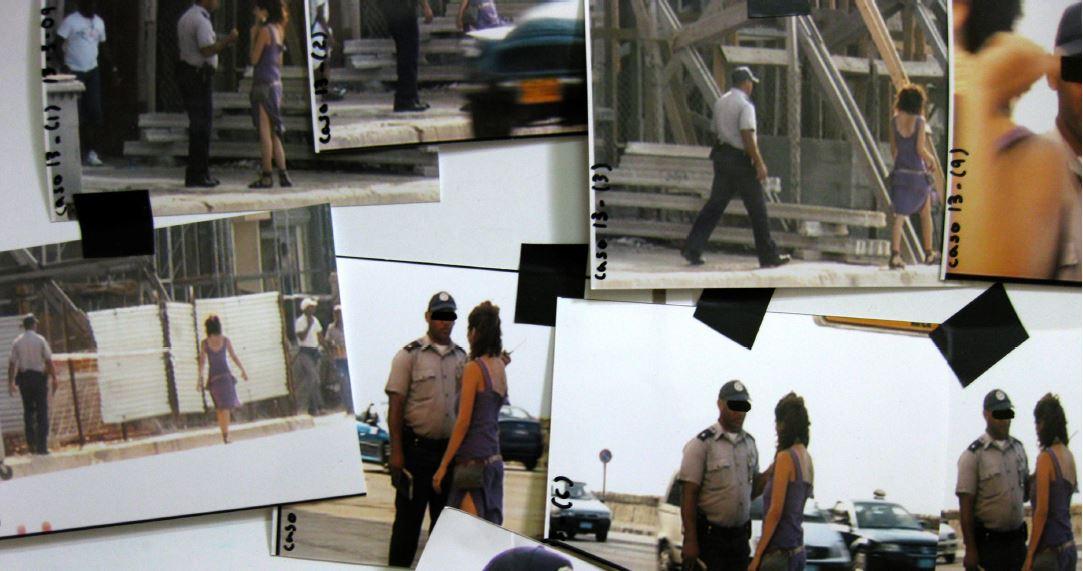 A woman is doing administrative work, legal research to become a stateless person. Unsuccessfully. Her failure illustrates a certain fixedness of our identity, which is the property of the state. What is this connection that binds us to a nation? Does it have anything to do with love? Traveling in Cuba, the woman, the artist Núria Güell, answers the constant marriage proposals that come her way, offered in order to obtain travel documents for Spain. She puts together a jury of prostitutes to select the happy winner, future husband, and future citizen of Spain. Because prostitutes certainly know something about men. It was in León that Núria Güell interviewed different sex workers in hopes that they would share with her both their knowledge of these clients they take care of every day and their relationship to their masculinity. The ties that bind men, women, and the law, whether divine, secular, or popular law, are ancient, as is seen in the copies of paintings from the religious art of the colonial period now on view at the art center. Young abused women and pimps offer us readings of the works. Yes, the law is central. Because when a woman artist wants to become a mother in Spain, the state makes no plans for her. Here again you have to hunt down and produce an right administrative clause. The embodiment of the law is achieved through these men and women who were able, at one time in their lives, by choice or by obligation, to become armed representatives of the state. From Cuba to Brétigny, Núria Güell observed some, discussed with others, in order to understand their views on this connection, their conception of those different forms of affection and power that are the home country and love. Céline Poulin

Núria Güell flirts with the powers that be, joins forces with collaborators who are in on the project, and takes advantage of the privileges offered by the artistic institutions she works with, as well as those she enjoys as a Spaniard and European, to analyze the way in which power structures affect our subjectivity and attempt to change those connections. Güell’s recent solo shows include exhibitions at MUSAC, Léon (Spain) and at Maczul Museo de Arte Contemporáneo de Maracaibo (Venezuela) in 2018, the Middlesbrough Institute of Modern Art and the Project Arts Centre in Dublin in 2016, the Vienna Brut Konzerthaus in 2015, and Salle Zéro in Havana in 2013. She organized a workshop at École Supérieure d’Art et Design •Grenoble •Valence (2016) and works regularly with a number of self-managed art and social centers. Núria Güell is represented by the ADN Gallery in Barcelona.