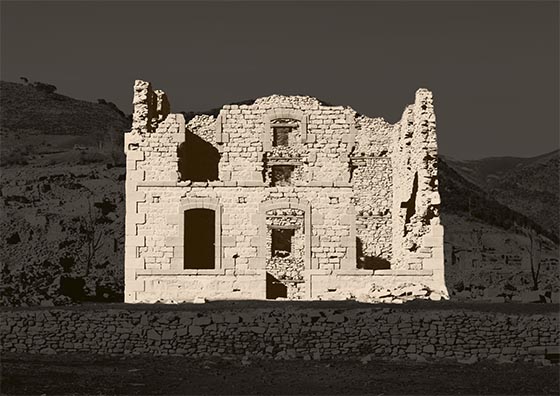 Mansilla is a village in the north of Spain. In 1960, during Franco’s dictatorship, it was evacuated to build a dam. The residents of a village that had been there for generations lost their home. Like a memorial, the reservoir lies within their sight: the new houses were built directly on its banks. When the water level goes down in the fall, the ruins of the old village become visible. This mysterious atmosphere from today and the memories from back then are expressed in a “latent image” that arises in the film negative as soon as it’s exposed: the information on the film is invisible. The old village is equally invisible, hidden beneath the water’s surface. The water can be reflective or clear, which gives rise to an interesting dichotomy. Various texts accompany the photographs, augmented by archival material. The images sketch out a picture of repression and forgetting. At the same time, the loss of home cannot be repressed; it’s located far too deep in the collective memory.