BERLIN. Dora García “Two Planets Have Been Colliding for Thousands of Years” Until 19 january 2020. Gropius Bau.

BERLIN. Dora García “Two Planets Have Been Colliding for Thousands of Years” Until 19 january 2020. Gropius Bau. 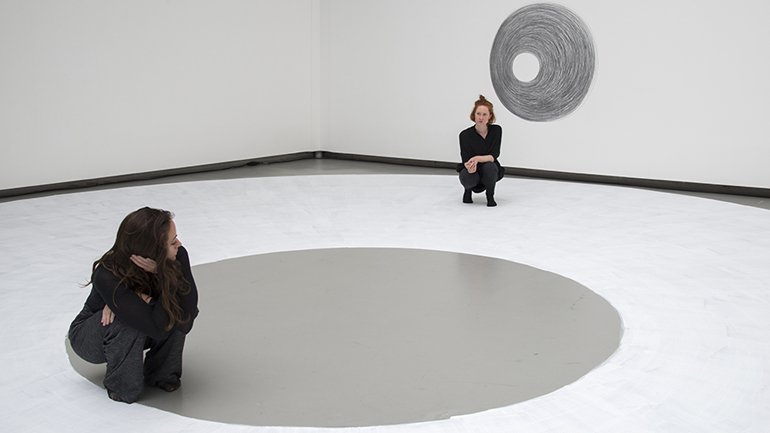 Within the scope of the exhibition Walking Through Walls that marks the 30th anniversary of the fall of the Berlin Wall, one of the most symbolic events of the 20th century, interrogating the experience of vulnerability and anxiety caused by power structures that thrive on confinement and segregation.Dora Garcías durational performance piece Two Planets Have Been Colliding for Thousands of Years is on display daily with varying performers.

In Dora García’s durational performance Two Planets Have Been Colliding For Thousands Of Years two performers, each positioned within one of two circles, face each other with their gazes interlocked. As one of the two performers moves, the other one must alter their position in order to maintain the same distance that they agreed to keep between them at the beginning of the performance. All this must happen while they maintain eye contact. At some point this becomes impossible since the two circles are not concentric, so the performers must start again in this endless game of constant negotiation. Evoking metaphorical walls, the floor drawings are a reminder that even less visible walls often determine the course of our actions.