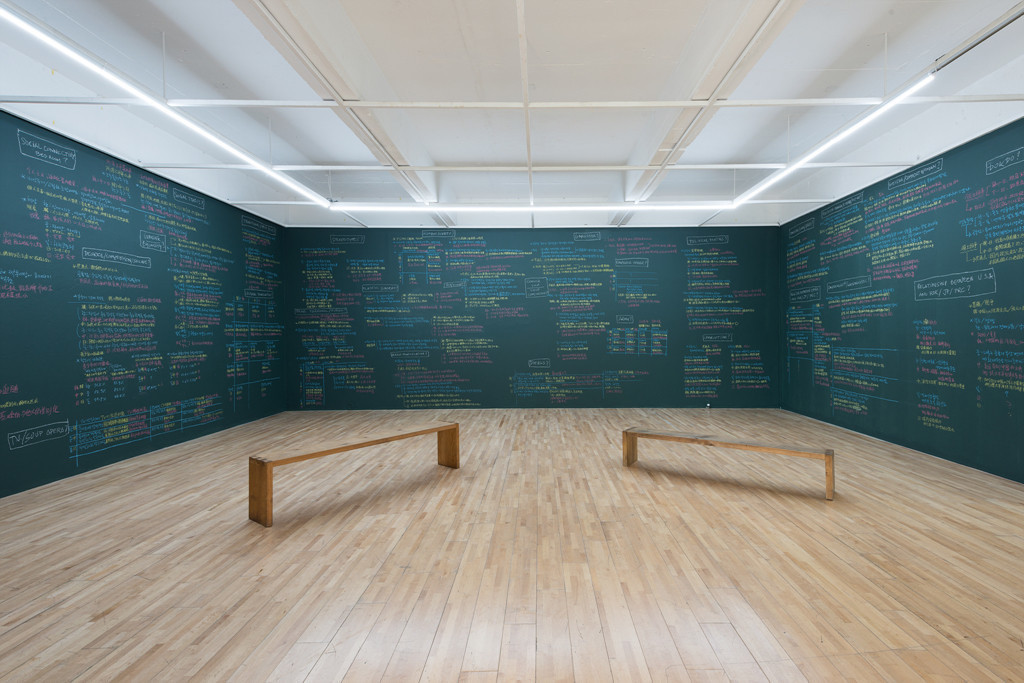 The exhibition title “Asian Protocols” refers to various conventions related to certain official and private matters either in society generally or in people’s personal lives. When used in different situations, the word “protocol” can have a variety of meanings, such as a diplomatic procedure, an agreement and/or a document stipulating such an agreement, a system of customs and rules operating in society, the rules and methods regulating a scientific or artistic field, or the procedural methods and rules governing computer-based telecommunications, etc. These protocols encompass a great variety of procedures, and according to Muntadas, they have the power to define and control society and to influence it in many kinds of ways.
This exhibition is an attempt to reveal visually some of the similarities and differences as well as the conflicts that exist between three countries that are located so near to and yet so far away from each other—namely Japan, China and Korea—by researching the protocols operating in each of these countries and by creating installation works as a means of assembling images collected in various places within these countries. These exhibitions are being developed through collaboration with various researchers in each country.

Each exhibition venue is regarded as a platform that can serve as a forum for discussion, including by members of the general public, students, teachers, and specialists in the social sciences. By making us conscious of the diverse protocols suggested by the artist, the exhibition can provide us with a renewed awareness of matters we normally tend to overlook or avoid discussing, with the result that we will once again recognize the past and present and begin talking about the future. Curator: Esteban Andueza & Du Xiyun. (AC/E press-release)