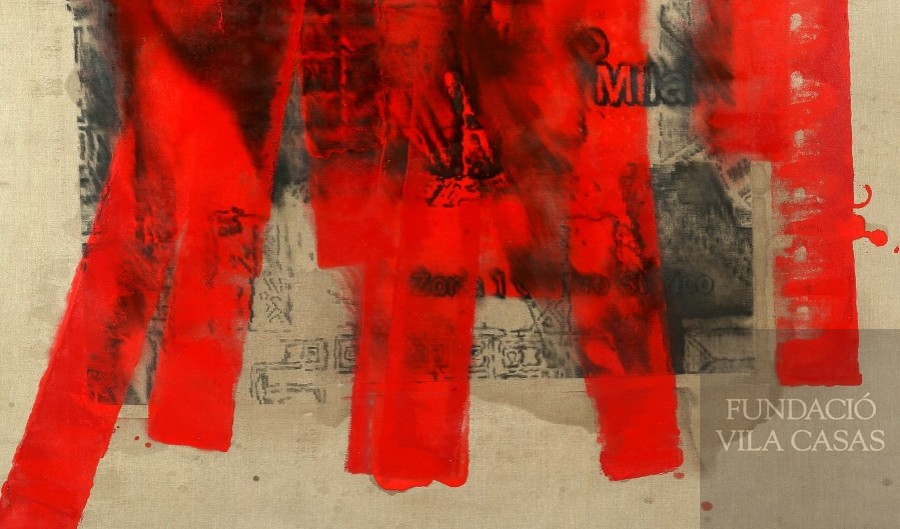 Ever since his career began in the late 1990s Jorge R. Pombo (Barcelona, ​​1973) has immersed himself in a continuous reflection on the practice of painting. In the current context, few artists have looked as deeply as he has into the creative processes of the old masters and have been able to draw from their teachings to formulate their own innovative language relating to the concerns of contemporary creation.

The purpose of the exhibition Voyage into the Essence of Painting, curated by Marie-Claire Uberquoi, is to offer a selection of his works made at different periods of his career which are based on common approaches despite being inspired by different intentions. The attentive viewer may notice that in all these works there is a common link which is his physical treatment of paint and the constant use of overlaying images or patches of colour. The result is fruit of a long process of elaboration driven by a deep knowledge of the history of painting, backed up by an analysis of the power of colours and their role in the composition of the painting.

The aim of the exhibition is to show a synthesis of the work of Jorge R. Pombo in 25 works made between 2004 and 2016 that show the richness and specificity of his pictorial language, which is based on a permanent search for what he considers to be the essence of painting. (Fundació Vila Casas press-release)