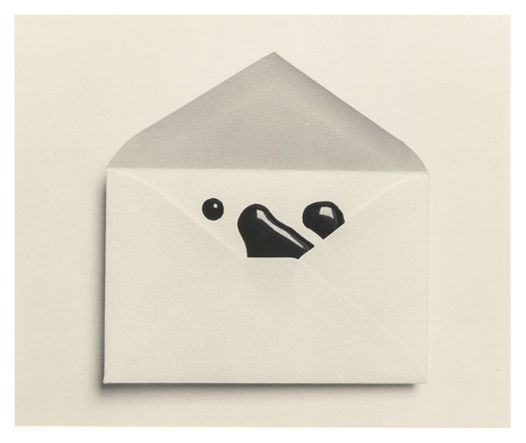 The black and white photographs by Chema Madoz are characterized by their sharpness and fineness. Simple objects of everyday life appear in his pictures. The photographer has manipulated them, often combining two objects, looking for associations or paradoxes. These sculptures created by the artist are born only to be photographed, always with natural light. The change of scale and the absence of color allow us to establish a distance and at the same time distort reality, questioning ideas such as the true and the possible.

In the images of Chema Madoz, therefore, two points of view converge, the one from the photographer himself and the one from the viewer, who faces photography from the same place from where he faced the object. In the words of Chema Madoz, he is interested in “the idea of finding, discovering and perceiving the mystery in everyday life.” At the same time, the artist conceives reality as an exercise of reading, and with a cold look, he documents the destruction of its rules through photography. All the photographs are printed on baryta paper and sulfide toned.

Chema Madoz (Madrid, 1958) lives and works in Madrid. He is one of the Spanish photographers with greater recognition by the general public and also by the critics. He was formed, in the early eighties, in art history at the Universidad Complutense de Madrid while studying photography at the Centro de Enseñanza de la Imagen. Since 1985, he has exhibited individually in Spanish and international centers and museums. He has received the Medalla de Oro al Mérito en las Bell as Artes (2019), the Premio de Cultura de la Comunidad de Madrid (2013), the Premio Nacional de Fotografía, the Higashikawa Prize of Japan, the PhotoEspaña Award (2000) and the Kodak Award (1991). He was the first alive Spanish photographer to whom a retro spective exhibition was dedicated at the Museo Nacional Centro de Arte Reina Sofía, in 1999, titled “Objetos 1990 -1999” that collected the works of the nineties. In recent years he has exhibited in museums and art centers such as the Fototeca Latinoameric ana in Buenos Aires, Erarta Museum of Contemporary Art in Saint Petersburg, Centro Conde Duque in Madrid (2017), Museo Esteban Vicente in Segovia (2015), La Pedrera -Fundació Caixa Catalunya in Barcelona, Milli Reasurans Sanat Galerisi, in Istanbul (2013), Netherland Photomuseum in Rotterdam, Hermitage Museum in Kazan, Russia, Museo Nacional de Arte Contemporáneo in Santiago de Chile (2011); Tecla Sala in L’Hospitalet de Llobregat (2008); CCBB in Río de Janeiro, Brazil (2007); Fundación Telefónica in Madrid (2006), among others. Currently, his work is being presented in the exhibition “La naturaleza de las cosas” in the del Real Jardín Botánico in Madrid.