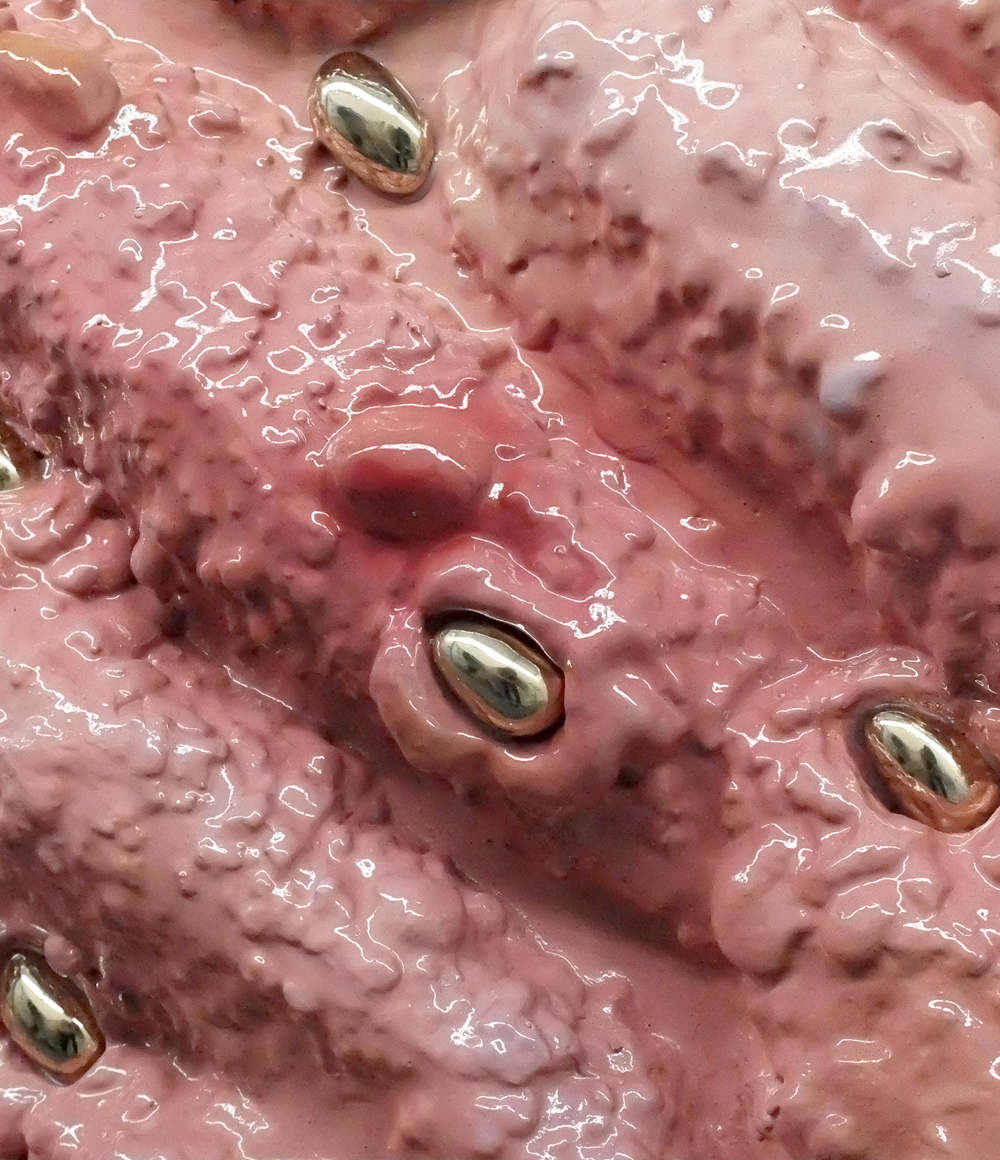 Under the exhibition title “La Fin de Babylone. Mich wundert, dass ich so fröhlich bin!” the curator Chus Martínez invites you to listen to the stories that the park has to tell.

The focus is on eight new works by artists Andrea Büttner, Claudia Comte, Jan Kiefer, Eduardo Navarro, Solange Pessoa, Lin May Saeed, Teresa Solar, and Pedro Wirz. The artworks are not magic, though they all share the idea that sensation is what fuels a new imagination of the world we are living in. They all animate the nonhuman – nature, metal, wood, stone, Earth – and bear witness to a common territory between us and animals, between plants and geological life.

Teresa Solar (b. 1985 / Spain) lives and works in Madrid (ES). Her work comprises varying practices that materialize in audiovisual as well as sculptural works while connecting those different languages and disciplines. She structures her projects around characters and constellations exploring the double natures of the elements. Her work has been shown at Kunstverein Munich (2017) and Matadero, Madrid (2018), amongst others.