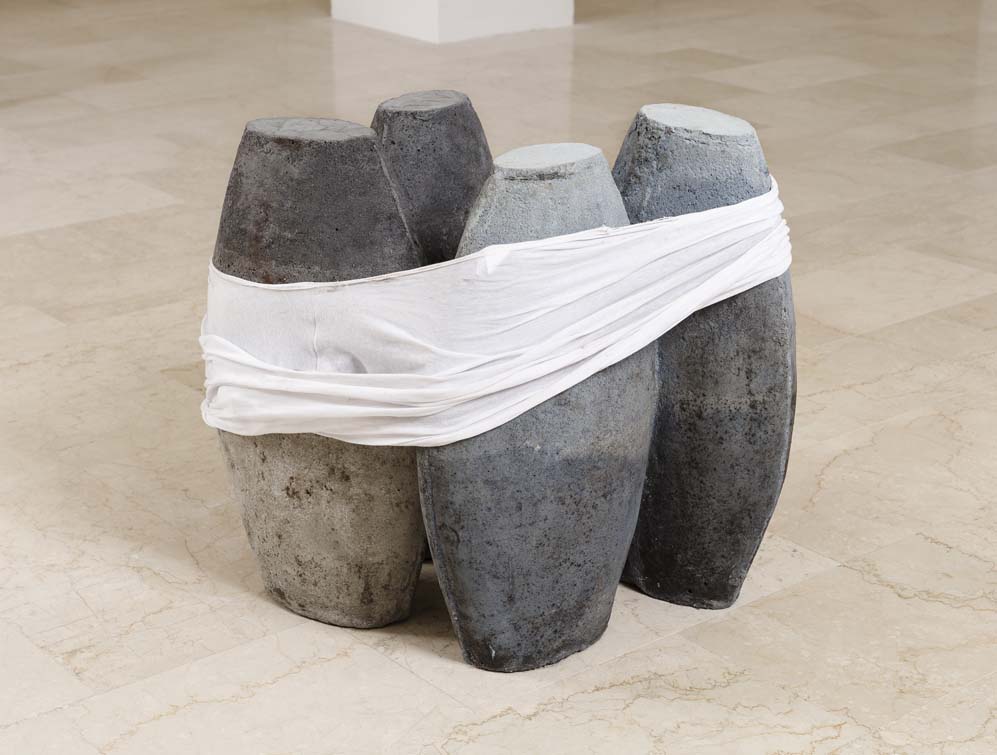 Coplans and Crespo, respectively through photography and sculpture, have conducted research with a particular focus on the relationship between the body and its representation. The starting point is a shape that can be traced back to the body, but the investigation leads in different directions, constructing forms that allude to other things as well.

Aiming the camera only towards himself, John Coplans questioned popular culture’s crystallized take on the male body and its connection to classical sculpture, producing humanist counter-monuments that underscore ideas of decay and vulnerability. The selected photographs display a number of interventions in which the body is cut and reconfigured into details and partial views, a gesture that echoes the ongoing fragmentation of bodies and matter in the digital realm of the web.

June Crespo’s practice is also a sensual analysis of contemporary models of representation, commenting on the actual and symbolical dynamics enveloping the female body (visible for example in the incorporation of magazines catering to a female audience in her sculptural sets). Crespo’s interest in the concrete and corporeal conditions of the object/body, as well as in the immaterial contexts where it circulates and shifts – as seen in her recurring interest in figures such as conductors and vessels – can be connected to Coplans’ practice as a photographer and writer: both question contemporary life’s composite configuration made out of material and discursive dynamics.

In a moment in which visual culture is dominated by stylized and hyperperfect portraits, the works of Coplans and Crespo challenge homogenous approaches to the corporeal, proposing dissident images that liberate our gaze and our bodies themselves.